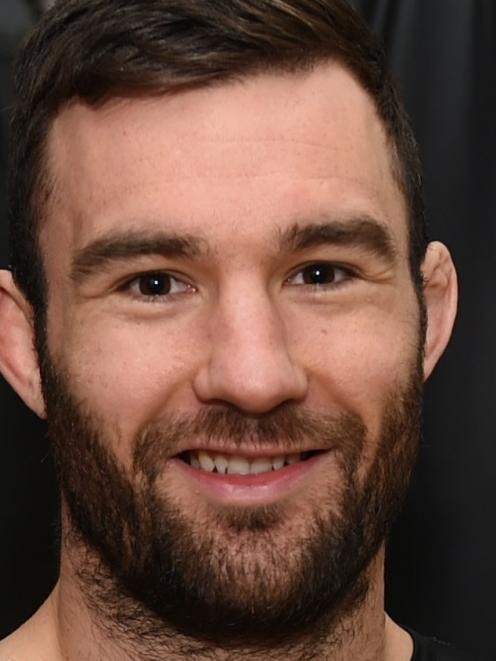 After an 18-month hiatus due to cancellations and Covid-related postponements, MMA returned with a vengeance when the Xtreme Fighting Championship was held at the Edgar Centre on Saturday night.

Two Australasian titles and one New Zealand title went on the line in the nine-bout fight card, much to the delight of a 1000-strong crowd.

In one of the features of the night, Dunedin’s Brogan Anderson retained his Australasian XFC professional middleweight title when he made Christchurch’s Cole Davids (Universal Vale Tudo) submit with about three seconds remaining in round one of their 3 x 5-minute scheduled fight.

Anderson (14 wins, 3 losses), competing in his first fight in about 12 months, showed no sign of cage rust as he methodically broke down the taller and rangier Davids (9-5).

After grappling against the cage and then separating, Anderson eventually secured a dominant takedown before he relentlessly pursued the right arm of Davids and applied the highly technical Kimora arm lock.

It was a fine win from Anderson (31) as he defended his XFC title for the first time and lived up to his ‘‘Arm collector’’ fight name.

Anderson said he was “thrilled” and it was “great to get another tick in the win column”.

He was ready to defend his XFC title when the next opponent was lined up, but his main goal was still to compete in the Ultimate Fighting Championship.

“I have done the work and I am on a five-fight win streak and now I just need that opportunity.”

Hamilton’s Matt “The Viper” Vaile retain his Australasian professional welterweight title in the other featured fight when he overwhelmed New Zealand based Briton Sean Redgrave with a round-two technical knockout.

Vaile (11-2) was all class as he landed punches and kicks on his feet and from a standing guard position.

The end came after a straight right then hard left combo briefly dropped Redgrave (4-1) before he scrambled to his feet, but was soon dropped again and finished with a flurry of left hand punches.

Tau was simply smarter with his shot selections as he kicked and punched his way to the win in a fairly tight affair.

Both women put on a fine back and forth showing with two-time amateur MMA world championship silver medallist Dawson’s punching proving the difference in the 54kg kickboxing bout.

In one of the most dominant performances of the night, Christchurch’s James McBride (Elite Fight Complex) beat Dunedin’s Taylor Garrett (Hammerhead).

Dunedin men Peter Williamson and Geoff Todd were among a group of seven men inducted into the New Zealand Mixed Martial Arts hall of fame.