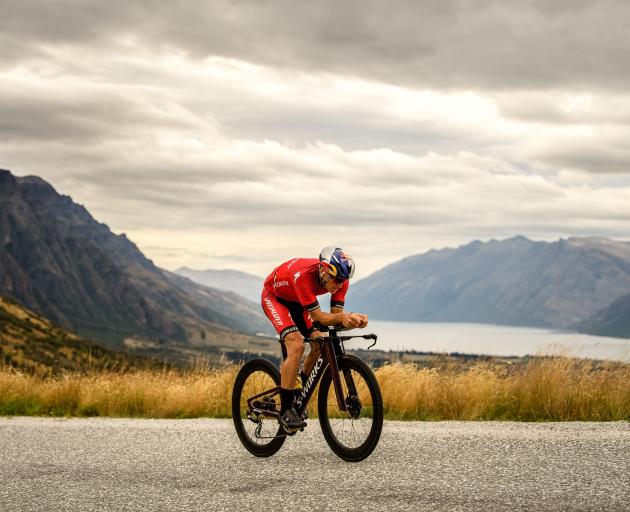 Currie has arrived in Hawaii as he gets ready to race in the Ironman World Championships in Kona on Sunday (NZ time).

Currie (33) finished fifth last year in the event and is fully focused on at least getting on the podium this weekend.

But it is not going to be easy.

Speaking at a radio event yesterday in Hawaii, Currie said he had taken a big step forward and gained confidence from his fifth placing.

''I know I can race with the top guys and so this year I have taken another step forward,'' he said.

''But the field is tough. The deepest field ever. The best of the best are going to be there on the start line.''

Currie has been working hard in training and been fully focused on the race. He competed on the Gold Coast last month, to win the 70.3 ironman event.

But the race in Kona is on a different level.

German Patrick Lange, who has won the last two events in Kona, is lining up to try to complete the hat-trick. He will be joined by his countryman Jan Frodeno, who won the event in 2015 and 2016 but did not compete last year because of injury.

The wildcard in the pack is Rio Olympics triathlon gold medallist Alistair Brownlee. It is his debut at Kona and going to a significantly longer distance may be a tough ask for Brownlee.

The Yorkshireman has plenty of talent, although it is rare for a first timer to win the race.

Currie said he was first and foremost a racer and that was what he would do on Sunday.

There were some calculations to be done when competing and not letting certain people get too far ahead, but that was all part of the event.

A New Zealander has never won the event, although Cameron Brown has got on the podium, but Currie was keen to get among the top finishers.

''I won't be there to come second and will throw my hat in the ring ... but the field is so deep here. A huge thing to overcome.''

Currie was keen to get into the race. He would be tapering for the next few days and getting his body in top shape.