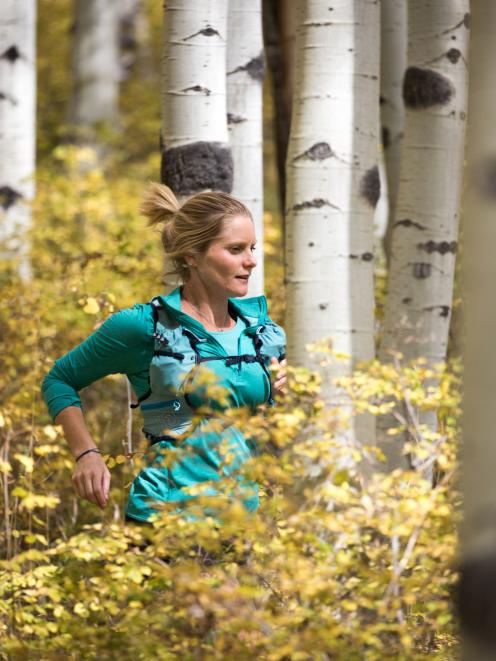 Frost has competed in, and won, running events all over the world since becoming a professional in the sport in 2004.

"For me personally, having a baby is the hardest thing I’ve ever done and I’ve raced all around the world in distances from 1km straight up a mountain to 100 miles over 30 hours," Frost said.

Motherhood was also the most rewarding, and filled with love and "lots of learning".

Her 18-month-old daughter, Skylar, was her best teacher, she said.

"I learn a lot from her about myself and about the world."

Frost’s journey into motherhood has been documented in the Ledlenser Trails In Motion Film Tour, a collection of films about prominent ultra runners.

The film crew visited her when she was about 16 weeks pregnant in Colorado, where she lives part-time with partner Ron Braselton, and then in New Zealand when she was eight months pregnant.

"It was a great way to show different phases.

"I was still racing when I was 15 weeks pregnant and then obviously by eight months I was definitely in the thick of not moving very far."

These days, most of Frost’s running involves running after her daughter.

"For me right now, running is something I do for the love of it when I can find space for it."

Frost has not ruled out a return to competitive running, and there were still races around the world she was keen to tackle.

"I might not be on the level I was because it was a lot of years training to get to that position."

Priorities and needs changed over time and she was content with her race career, she said.

She was excited for the film screening, to be held on Sunday at the Rialto Cinemas, and was passionate about helping young people, especially girls, use the outdoors for inspiration and to reach their full potential.