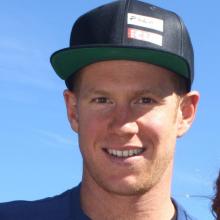 Event organiser Scott Weatherall said a new road bike option had helped boost participation this year, and he was delighted to see more than 110 people taking part across triathlon/multisport and duathlon categories.

Conditions were mild, still and occasionally drizzly for the duration of the race, covering a 6km Taieri River kayak, 11km run and 28km mountain bike or 35km road bike.

The duathlon omitted the kayak section.

Weatherall said he believed a near doubling of race entrants this year reflected the "growing attraction" of multisport.

"We're super stoked to see so many out here in prime conditions today, from across the racing spectrum.

"The addition of a road biking option this year, with about 40 taking that up, has maybe been a pull for some of our more serious athletes, who are using this as a warm-up for the Coast to Coast event in February.

"It's great to see them out there, but it's an even bigger kick to see people out there having a go for the first time today.

"We just want to get more people into it in general."

Although originally conceived as an event for locals to enjoy, it had grown steadily since inception, and now attracted competitors from across the South Island, Weatherall said.

"We're probably not far off capacity now, so we'll take a look at that when we review the event later."

The 2019 Coast to Coast winner and two-time Challenge Wanaka winner said his cross-country trip to take part for the first time had been "well worth it".

"It's a really well-balanced race between the three elements.

"But if I had to pick a highlight, it would be that paddle up the gorge. Just stunning."