Parties agree on site for centre of excellence 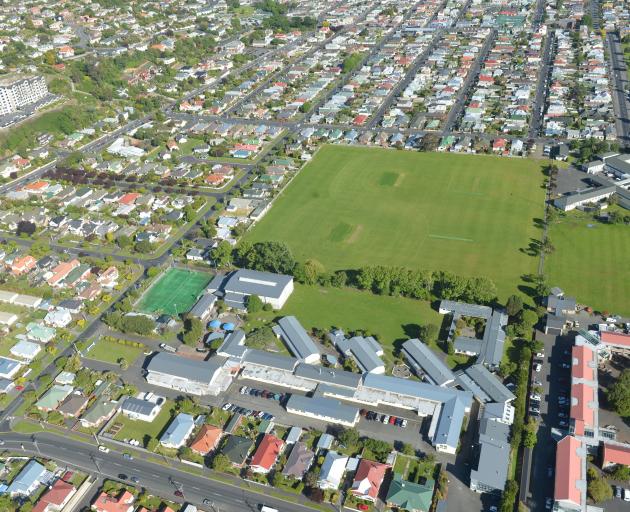 Tonga Park, in South Dunedin.PHOTO: STEPHEN JAQUIERY
Plans to build a centre of cricket excellence in Dunedin are gathering pace.

If all goes well, the proposed indoor training facility could be ready for action in 18 months.

But Otago Cricket Association (OCA) chief executive Mike Coggan said there was still plenty of work ahead before construction on the centre could get under way.

There is a little matter of building consents and finance, of course.

But the first major hurdle has been cleared. The OCA and the Dunedin City Council have settled on a location — Tonga Park.

That took nearly two years and involved some toing and froing.

Tonga Park was not the OCA’s first choice, but chief executive Mike Coggan was thrilled the project could now move on.

"Now that we know we’ve got support for Tonga Park, we can look to contract a draughtsman about getting some [concept plans] made up over the next month," Coggan said.

"Up until now, we have not wanted to invest any money into that sort of thing until it was confirmed."

Coggan said the budget was still to be finalised, but he expected the development would cost $1.4million.

That includes the cost of relocating the cricket nets and the No 1 wicket block at Tonga Park.

The OCA plans to put about $800,000 of its own funds into the project, while New Zealand Cricket will chip in about $250,000 for the construction of the "greenhouse structure", which will house 16 grass pitches and two artificial surfaces.

"No-one has been told they have to have it. But there has been a clear signal from New Zealand Cricket that, for New Zealand to stay on top in international cricket, our cricketers need to have access to good quality grass wickets all year round.

"We’ve made that commitment with New Zealand Cricket to put that in place.

"Plus it is also about recruitment and retention of our players. We’ve made it our No1 priority in terms of our strategic plan. We just must do this to keep up, really."

Plans for the centre have gone through several incarnations since they were initially revealed to the public in May 2020.

Originally, the OCA and Otago Polytechnic formed a partnership with the aim of creating a world-class cricket and education facility.

It was going to be based at Logan Park and it was hoped the facility would help entice promising players from New Zealand and overseas to live in Dunedin.

That plan hinged on the Dunedin City Council allowing the land to be used for that purpose, but the DCC went cold on the location and asked the OCA to find alternative venues.

The move away from Logan Park reduced the incentive for Otago Polytechnic to continue to collaborate.

The project stagnated for a period before Tahuna Park emerged as a likely location in May last year. But the OCA and the DCC have now settled on Tonga Park as the preferred site.

The facility would be owned, maintained and managed by the OCA, but the council would continue to own the land.

It will not be accessible to the public but the grounds would continue to used by other groups.

Tonga Park is home to the Carisbrook-Dunedin (cricket) and Caversham (football) clubs, although the latter’s future is unclear as it is becoming part of the Dunedin City Royals merger at all levels.

Coggan said the OCA would be able to support both clubs in the upkeep of the clubrooms at Tonga Park.

"We’ll have a need, initially, to access those," he said.

The OCA would eventually like to build a players’ pavilion at the venue but that was down the list of priorities.