Turn it up! A racing revolution 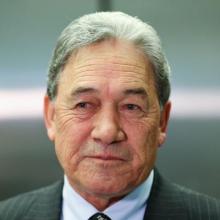 Racing Minister Winston Peters. Photo: Getty Images
Right now, we are in a racing revolution, though it does not really feel like one.

The Racing Reform Bill is moving with lightning speed through Parliament.

All of the opinions, submissions and commentary on the legislation and further planned changes have raised an important question.

Who owns and controls the TAB?

Staunch racing supporters will quickly say it is the racing clubs of New Zealand.

They started it, after all!

I largely agree with that notion.

That is why it is essential the TAB stays under the control of racing bodies.

That may not sit especially well with sporting organisations.

They have already weighed in on their place in the conversation on racing reform recently.

Several have made submissions and spoken publicly about their concern about the removal of minimum payouts from sports bets.

What those organisations may not realise is that the whole racing industry is stepping in to the unknown under the Bill.

That is the whole point of the darn thing!

To allow structural change that will come through a second Bill Racing Minister Winston Peters will introduce once RITA (the Racing Industry Transitional Authority) has been established.

I would expect that the detail for the payment of fees to sporting organisations would be finalised.

Many racing people stand staunchly and suggest sports organisations should feel lucky to get anything out of the current racing board, as they contribute nothing to it.

The current Racing Act allows sporting organisations to enter into agreements with the racing board to collect revenue bet of their sport, regardless of where the event is held or its involvement.

For example, Basketball New Zealand will collect revenue from betting on the NBA Finals.

That is despite it having absolutely no involvement in or claim to the event.

It will do this without having to contribute anything at all to the betting process.

That includes paying for any marketing or promotion of the event - and in some cases, the TAB makes a large investment in marketing and advertising.

All in all, it is a sweet ride for most of these sporting organisations.

However, the same could be argued for the racing industry.

What realistic claim does it have to profit from a rugby or basketball game?

Like a national sporting organisation, the New Zealand racing industry hardly has a legitimate claim to the NBA finals.

The interesting part will be how RITA deals with this when setting up Wagering NZ.

Sports betting continues to grow, so does that mean sporting organisations will have an active role in Wagering NZ?

Will they effectively have a stake in Wagering NZ, like the racing industry does?

That would be a scary thought for most hardy racing followers.

Their contention would be, as I have already said, that the TAB was founded for the racing industry and should remain that way.

It is probably unrealistic to think sporting codes would have a major influence in Wagering NZ.

However, they may have more of a presence in decision making and distribution than they currently do.

And it is a realistic concern the TAB could drift away from being racing-focused.

And the racing industry effectively pays for all of this - as it comes off the bottom line that will be distributed for stakes.

RITA will finalise the make up, structure and future actions of Wagering NZ.

Just how it does so could decide who really does own the TAB and whether it is will be here for the benefit the racing industry.

Or whether, instead, racing becomes just another shareholder.