Poor weather had disrupted both the Otago and Canterbury championships earlier this summer but the weather could not have been better over the weekend, with clear blue skies and little wind — perfect conditions for rowing. More than 1200 rowers took part in the regatta.

The Dunstan Arm club was again impressive, but rowers from the Wakatipu and Wanaka clubs also tasted success.

The girls under-16 quad of Olivia Key, Zara McKay, Neve Bates, Holly Rogers and cox Emily Howick won, while Bates and Key teamed up to win the double sculls.

Rorrison and Viana teamed up to win the under-15 double sculls, while that duo along with Bouchier and Noton won the under-15 coxed quads, again coxed by Muir.

The Wanaka club picked up some wins in the masters grades and also won the intermediate quads with the crew of Neve Faed, Lyla Chamberlain, Bella Sargison and Samara Goodall winning, along with cox Thomas Mitchell.

Dunstan Arm continues to be a real force and it won 10 South Island titles.

Eva Hofmans, who has been training on Lake Dunstan, won the senior singles, while Smith and Nelson teamed up to win the the novice double sculls. Debeer and Williams won the under-15 double sculls.

Mark Smith and Zac Cleaver-Donovan teamed up to win the under-17 double sculls, while the Otago novice crew of Matt O’Meara, Oliver Hamilton, Angus Loe and Jarn Hollows, with cox Lauren Gibb, won the novice quads. Jack Pearson won the under-17 singles just ahead of team mate Smith.

The New Zealand champs will take place at the Lake Ruataniwha course later this month. 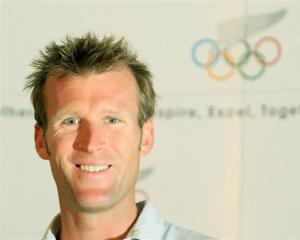