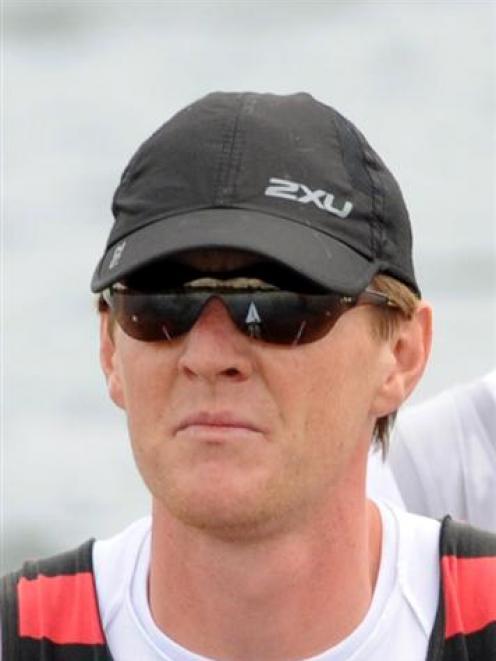 Peter Taylor
World champion rower Peter Taylor has Otago connections. His father grew up in Dunedin and his grandfather was involved with Otago sport.

They are one of the four New Zealand crews that will be defending their title at Lake Karapiro.

Taylor's grandfather, Waiau Taylor, was a life member of the Mornington Athletics Club and was a noted high jump coach.

He coached his daughter, Ngaire (later Smith), to a podium spot in the women's high jump at the New Zealand athletics championships in the 1950s. She lives on a sheep farm in Southland.

Betty, another daughter, was also a talented athlete.

Peter Taylor grew up in Wellington but recalled staying at Ngaire's farm and riding on the tractor with his grandfather.

"I was pretty young but I can recall running around at the farm and riding on the tractor with granddad."

Taylor started rowing in his first year at Wellington College.

"My oldest brother, Simon, was into the sport and they needed a cox. I was small and I was dragged to training and loved the sport."

Taylor and Uru teamed together for the first time in March, 2008 and had their first major test at the Beijing Olympics. They finished seventh.

"We both came through the New Zealand rowing system and get on really well," Taylor said.

"We respect each other and enjoy some of the same things like playing golf, drinking a good coffee and eating good food."

Their main opposition next week will come from Beijing Olympic champions Mark Hunter and Zac Purchase (Great Britain), and the French, Italian and Canadian crews.

Taylor has a commerce degree from Victoria University and Auckland University and worked at Deloitte's for three years before deciding to concentrate on rowing fulltime.

He had reduced his hours to 12 a week to concentrate on rowing but realised he had the potential to excel at elite premier level and needed time to recover from training.

The gold medal in Poland last year was special.

"It was an overwhelming experience," he said.

"I had set a goal and put so much time and effort into it.

"I had a huge sense of fulfilment when I crossed the line. Not many people can say they are the best in the world. I was ecstatic."