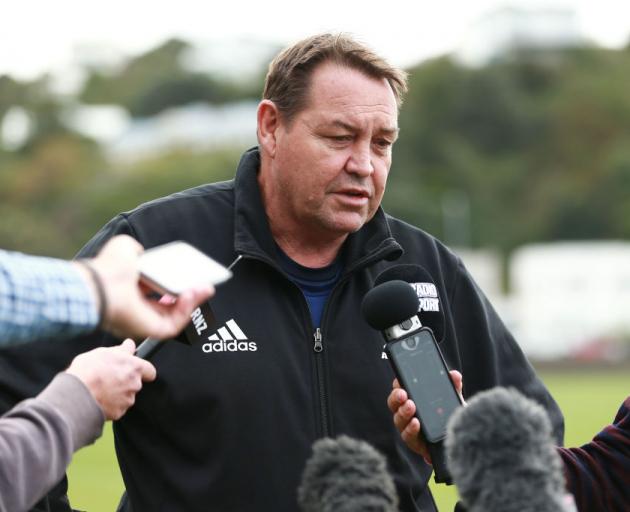 All Blacks coach Steve Hansen says referees 'are there to be supported' after a couple of incidents where rugby officials were attacked across the country in the weekend.

A young rugby referee was punched and strangled by a spectator following an under-12s game in Auckland while another referee was attacked by a player in a game in Dunedin.

A witness to the 9am home game, between the blue and red Ardmore Marist teams, at Auckland's Pulman Park on Saturday said the 15-year-old referee had warned the player three times before sending him off.

After the final whistle, a spectator - who appeared to be related to the player - approached the referee to speak with him.

Following their discussion. "the young ref went to walk away and was blindsided by a hit to his chin that landed him on the ground", the witness said.

The spectator "then tried strangling him - picking the ref up by the throat".

Other parents quickly ran on to the field to intervene.

"I don't know enough about it to make too many comments but obviously you don't want it to happen. And why is it happening? Because young people or older people, I don't really know how old these people are, they've obviously got very frustrated and lashed out which is a real shame," Hansen said.

"We wouldn't have a game without referees and we get frustrated at out level with them but we understand that they are human and they'll make mistakes. They are there to be supported. It's not right for anybody to hit anyone," Hansen added.

It was the second such incident last Saturday - an Otago club player punched a young referee who had handed him a red card. Police yesterday charged a 27-year-old man with assault over the incident.

Police are investigating the Ardmore assault, which was reported on Saturday evening, and are calling for people with information to come forward.

The witness, who has been involved in coaching rugby for more than a decade, was horrified by the assault but said such behaviour was common.

"There [are] atrocious actions on the sidelines like this every weekend."

"We've been in constant contact with him and he's in good spirits," Petrie said.

He referred further questions to Counties Manukau Rugby Football Union chief executive Barton Hoggard, who said the union was "appalled" by the assault.

An independent judicial hearing would be held in parallel with the police investigation, he said.

"Our role is also to make sure we don't compromise that inquiry. We will do whatever we need to do to support the police."

Details were still unclear but he believed "a few parties" had been involved.

"We absolutely do not condone that sort of action. We send out regular communications to our clubs to explain to them the importance of referees in our games - there's no games without them, so they need to be respected," he told the Herald.

"One of our focuses is trying to recruit and retain referees, and part of that is ensuring that as an absolute minimum they're safe."

A referee at a junior rugby game should expect to be in a "pretty safe environment", he said.

"But there are going to be parents that react badly to a young referee, like was the case here, and there's a serious sanction for that."

What form sanctions might take was still unclear, but the union could work to prohibit a parent from coming on to club premises.

Each team had an event manager responsible for keeping supporters well behaved, and the union promoted the Small Blacks code of conduct, known as Applaud. The code says spectators must thank officials, respect their decisions and act appropriately at all times.

Hoggar, who has been CEO since 2017, believed the message about treating referees with respect was being heard.

This was the first such incident on his watch, "but even rare occurrences are not acceptable".

Ardmore Marist club president Glenn Flavell said the spectator involved was not a club member. He declined to comment further, saying he was mindful of the "human impact" of the incident and wanted to ensure everyone respected the investigation.

The club was keeping in touch with the referee and his family, Flavell said.