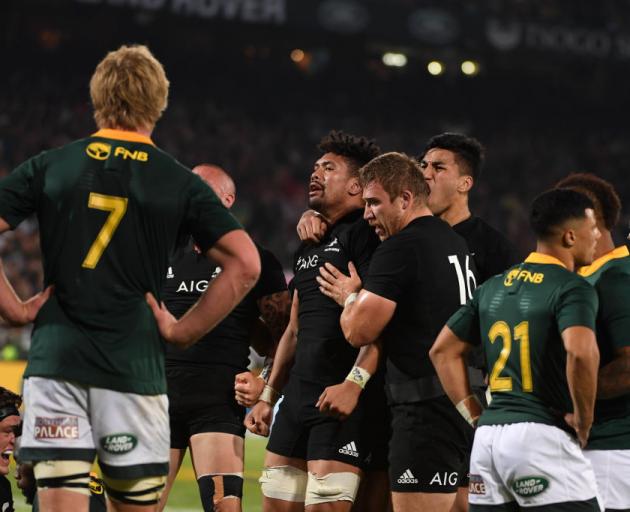 Ardie Savea (centre) is expected to become the starter after a superb performance against the Springboks including scoring a last-gasp try to help win the test. Photo: Getty Images
New Zealand coach Steve Hansen must seek out previously untapped talent for the All Blacks' end-of-season tour after first-choice openside flanker Sam Cane broke a bone in his neck in the win over South Africa on Saturday. 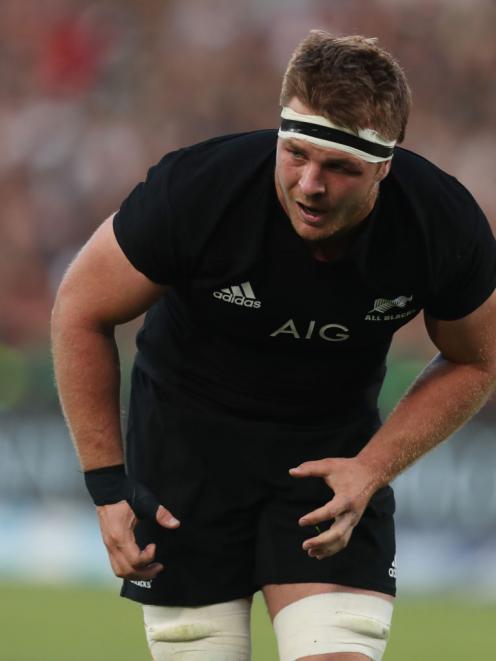 Sam Cane's season is finished after suffering a neck fracture in Pretoria. Photo: Getty Images
Cane collided with Francois Louw after 35 minutes in Pretoria and was replaced by Ardie Savea, who scored the last-minute try that gave the All Blacks a comeback 32-30 victory.

Cane was visibly in pain. The All Blacks later said he had suffered a fracture in one of his neck vertebrae, although there was no nerve damage.

The 26-year-old has had surgery and is expected to remain in South Africa for another week.

"Like any fracture, it takes a couple of weeks and months,'' All Blacks doctor Tony Page said.

"It will probably take about three months for the bone to get strong but we'll just take it step-by-step.

"The operation is really just to keep everything in the right place so the bone can heal on its own accord.''

Cane was expected to be out of action for at least three months, but Hansen said they would not hurry his return to the field, given the timing of the Rugby World Cup next year.

"It is expected he will make a full recovery and be back playing,'' Hansen added.

"Once you remove the drama of it being a neck injury you've just got to look at it and treat it like any fracture.''

Cane's absence from the end-of-year tour will test Hansen's depth in the No 7 jersey. Savea is expected to become the starter after a superb performance against the Springboks.

Canterbury Crusaders' Matt Todd is the only other specialist No 7 in New Zealand with test experience, but was overlooked for the Rugby Championship squad after he took up a short-term contract in Japan that runs until early next year. 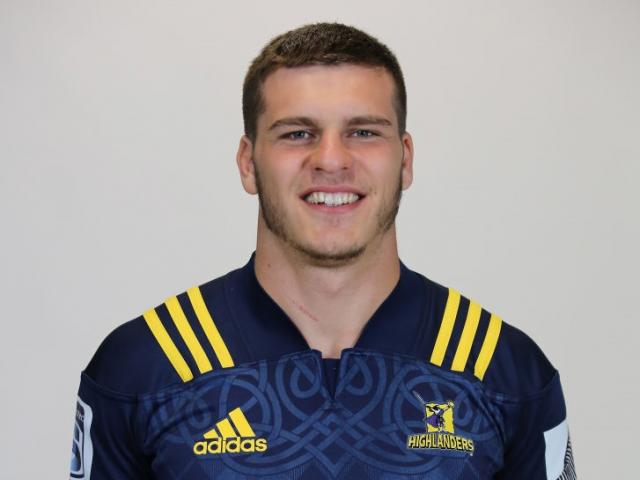 Highlander Dillon Hunt. Photo: Getty Images
Otago Highlanders' Dillon Hunt played a non-test match against a French XV on last year's end-of-season tour, while the Wellington Hurricanes' Gareth Evans was impressive in Super Rugby this year and was mentioned as a potential dark-horse pick for the Rugby Championship squad.

Hansen, however, will have plenty of opportunity to mull his choices with his decision to select an extended squad of players for their two tests in Japan before they head to Europe.

The All Blacks face Australia in the third Bledisloe Cup clash in Yokohama on October 27 before they face Japan on November 3 in Tokyo. They then meet England at Twickenham on November 10.

Hansen said a large group of players would head to London after the Wallabies test, and the remainder stay behind to prepare for the Japan match.