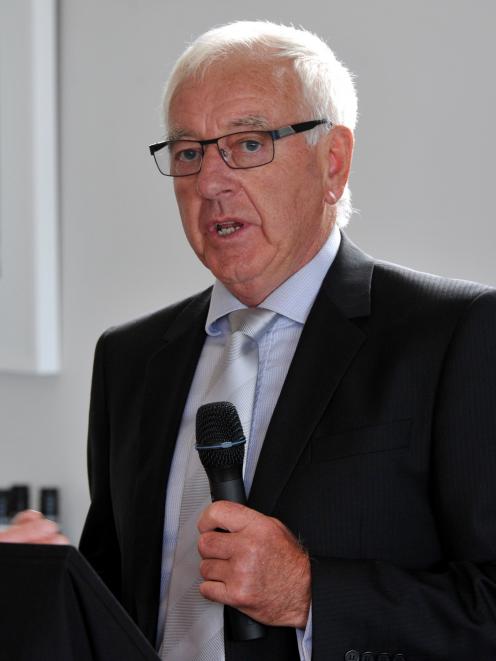 Laurie Mains
Former All Black coach Laurie Mains is confident the All Blacks can win the World Cup but says Ben Smith must play fullback in the key games.

He does not see Wales as a threat and believes the All Blacks have the best group of players of the 20 sides at the tournament.

Mains, who coached the All Blacks to the final in 1995, said the All Blacks were the best-balanced team but there were many sides which on their day were capable of beating each other.

"Our strength is that right through the 22 players, we have strong players. There is not one player in the team who is of a lesser ability. Other teams will have maybe five real stars and then drop down from there," Mains said.

The All Black lineout was strong and the scrum was good enough.

"In all the second-phase facets we will have the edge because of the mobility of our forwards and we have backs who are capable of playing like loose forwards if they have to."

The All Black players could all prepare well individually to be at their very best for the World Cup while collectively as a team the side had the right level of motivation needed to prepare for the key games.

He was confident the side would not overcook the preparation. Being at a peak for many games was the key at a tournament and the All Blacks had the ability to do that.

But other sides had done plenty of preparation and the result in Perth, where the All Blacks were well beaten by Australia, showed any team could beat another on the day.

"What makes it hard for the All Blacks is every team gets up when they play the All Blacks. So every game is hard. But they are used to it.

"Any side could win on their day but England and South Africa are probably the ones you would look to.

He said Ireland was a team in which players had reached the peak of their careers and their games were falling off a bit.

"I compare it to the All Blacks in 2007 where the two years before that they had been unbeatable but we did not carry our game on. In 1999, it was the same.

"Hopefully, we still have something up our sleeve. We have heard a lot about a new game ... trying to speed the game up, mobility round the park.

"Tactically have not seen that yet. But you can practise it. That is what we did in '95."

Wales performed well in the Six Nations but had never been a threat to the All Blacks.

"They just seem to be a team that when we play them we are able to handle whatever they try against us."

Beauden Barrett should be in the No10 jersey for the All Blacks in the big games, and Ben Smith return to fullback.

Mains said Barrett was just a better first five-eighth than Richie Mo'unga and Mo'unga had struggled to deliver in Perth.

"Just the way he reads the game, both on defence and attack. Barrett can do some brilliant things but other times he goes missing.

"In a World Cup final, it is not going to be high scoring, it will be a grind ... in playoff games fullback is a tough position and that is why you need an experienced player.

"He is not too old. It has not been easy for him, all that chopping and changing. Players don't need that. But he never complains and just gets on with it."

The problem at Perth was that Barrett kept getting in Mo'unga's way — apart from on defense, the latter basically didn't play because of Barrett forgetting where he was supposed to be playing.