All Blacks halfback and Hurricanes co-captain TJ Perenara has confirmed he will miss next year's Super Rugby season and head to Japan on a short-term playing contract.

Perenara has signed with the Osaka-based NTT DoCoMo Red Hurricanes and will link up with the club later in the year.

It will be a significant loss for the Hurricanes, but the 28-year-old insists it's not the end of his playing time in New Zealand.

In a video posted on social media, Perenara paid tribute to Hurricanes fans.

"I just wanted to make a massive shout out to all the Hurricanes fans here in New Zealand over the last ten years I've gone to work every day to put on a show for you guys.

"It doesn't mean it's the end for me (here in New Zealand). I'm looking forward to an exciting challenge over in Japan … with a new group of players, a new coaching group and I'm really excited about that adventure for myself and my family." 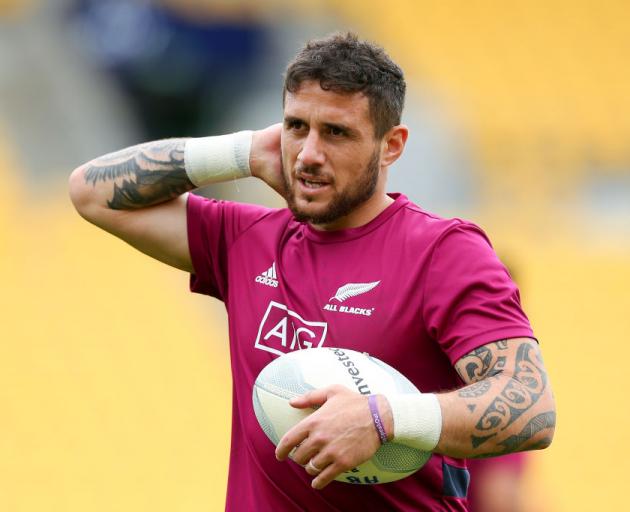 TJ Perenara will join his Japan side after the Rugby Championships. Photo: Getty Images
Hurricanes coach Jason Holland said while Perenara would be missed, he went with the blessings of the team.

"TJ has been the heart and soul of this team for many years, however I'm sure he has not played his last game in the Hurricanes jersey."

Holland says the departure will open doors for others in the squad.

"We're really lucky to have two quality halfbacks already in our environment. The loss of senior players creates exciting opportunities for others, and we look forward to watching Jamie Booth and Jonathan Taumateine thrive."

New Zealand Rugby head of professional rugby Chris Lendrum added: "TJ has been a long-standing and loyal player for New Zealand Rugby for a decade now and so the opportunity for him to have a break from playing here to have the experience of playing in Japan is a positive for him and his family.

"We wish him and his wife Greer all the very best and will welcome him back when he returns."

Lendrum said NZR would start contract discussions with Perenara's management in due course, regarding his return to New Zealand.

Perenara will travel with the All Blacks to Sydney on Sunday then join his new Japan team at the end of the Rugby Championship.