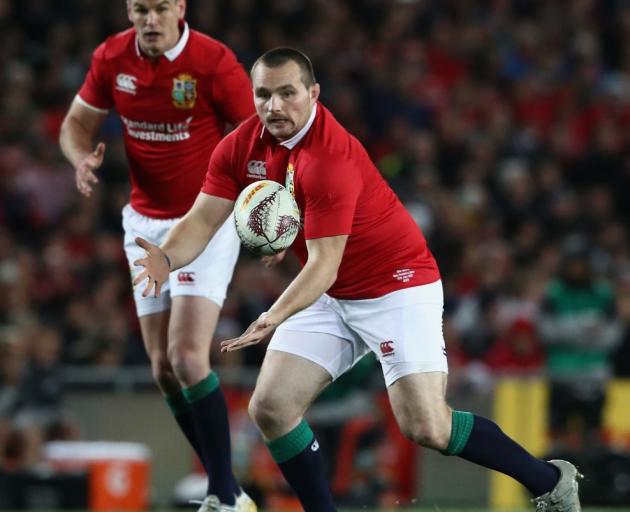 Ken Owens in action for the Lions during their tour of New Zealand. Photo: Getty Images
British and Irish Lions hooker Ken Owens has opened up about his controversial 'accidental offside' in the closing stages of the third test draw with the All Blacks.

The Welsh veteran looked to have possibly cost the Lions the series when he caught the ball in an offside position late in the final test at Eden Park, with French referee Romain Poite awarding a penalty within kicking distance to the All Blacks.

However Poite changed his decision after a discussion with the TMO, downgrading his call to a scrum, saving Owens' career he claims.

"That wouldn't have been great. For my rugby career to be defined by that moment, I would've been pretty upset. I think the right decision was made," Owens told the BBC.

"I'm just glad it didn't come down to something like that to define the tour."

The All Blacks failed to take advantage of the attacking scrum with the test ending in a 15-15 draw and the series tied 1-1.

Owens, who said captaining the Lions in the midweek game against the Blues was a tour highlight, believes Wales will take a lot of confidence from the tour of New Zealand.

Wales and the All Blacks clash on November 25 when Warren Gatland's team will look to earn their first win over New Zealand since 1953.

"I think it will [help], going forward with Wales," Owens told the BBC.

"A lot of players were key players in that victory and the draw, and I think we'll take huge confidence from that going into the autumn series.

"Hopefully we'll get that monkey off our backs with Wales."