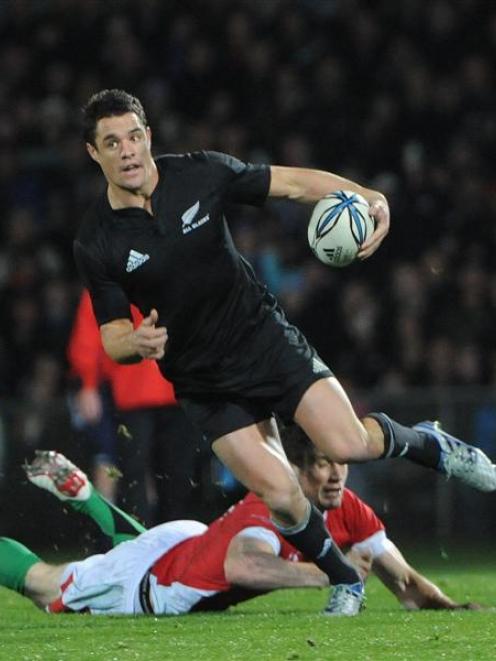 So who are the top marksmen going into the 2015 tournament, in terms of place and dropped kicks?

There have been attempts to make qualitative statistical judgments, rather than just relying on the success ratios.

Of his top 10, third-placed Dan Carter is the only other player who will figure in this World Cup. The study, which found that success rates dropped markedly when kicks were beyond the 35- to 40-metre mark, has a parallel in South Africa.

The man still carrying the flame for goal kicking analysis is a Pretoria-based insurance actuary named Jurie Nel. One of the impressive statistics involves Nel himself, who according to an Irish Times story inputs thousands of goal kicks himself because he doesn't have a data provider.

Nel has upped his efforts in this World Cup year using the software designed by a colleague that takes into account distance, angle, altitude, weather and the state of the game. Using the formula, Nel's www.goalkickers.co.za website has rated kickers on their performances in this year's tests.

While statistics tell a story, subjective arguments among punters over who are the best kickers will come down to many factors including familiarity and parochialism. As the 2011 World Cup showed, a hero - think Stephen Donald - could emerge from the shadows.

And even the statistics can be manipulated. Quarrie's study also ranked grounds for degree of difficulty - Wellington's windy Cake Tin (a low 67 per cent) and Dunedin's dead calm Hot House were two of the toughest. But even there, a good home kicker - think Halfpenny at the Millennium Stadium (87 per cent) - might skew the results.

As a general observation though, the leading World Cup team in most goal kicking trouble is Australia, whose squad lacks distance and accuracy.

As for the man to take that vital kick to conquer the world - probably Morne Steyn.

But therein lies another factor - the little marksman is the third-choice Springbok No 10 going on pre-tournament selections. The recall of Steyn would mark a return to South Africa's traditionally stoic thinking, but it's not an impossibility.

Which brings us to dropped goals, which have a fascinating place in World Cup history and are something of a South African speciality.

Indeed, dropped goals have directly decided a couple of finals. An All Black reluctance in the dropped goal department is at odds with their otherwise ruthless will to win and has been the one major chink in Dan Carter's armour.

We have listed some of the golden moments when the goals went over, but New Zealand's World Cup story alone presents another side of this coin; the dropped kicks that missed.

Referee Wayne Barnes became the focus of attention after a 2007 quarter-final but with New Zealand trailing by two against France in Cardiff, why wasn't a successful dropped goal organised?

And in the 2011 final at Eden Park, France missed an attempt late in the first half.

And then there is the aftermath.

Fringe All Black Donald became a folk hero and had a movie made around his 2011 penalty goal in the final at Eden Park.

Stransky told the Independent: "That single kick definitely changed my life in many ways. We all got propelled to an element of celebrity stardom which means your privacy is gone.

"But those are the little prices to pay. I would rather be recognised for having achieved something than not. It is a great honour to be recognised. And we did do something special."