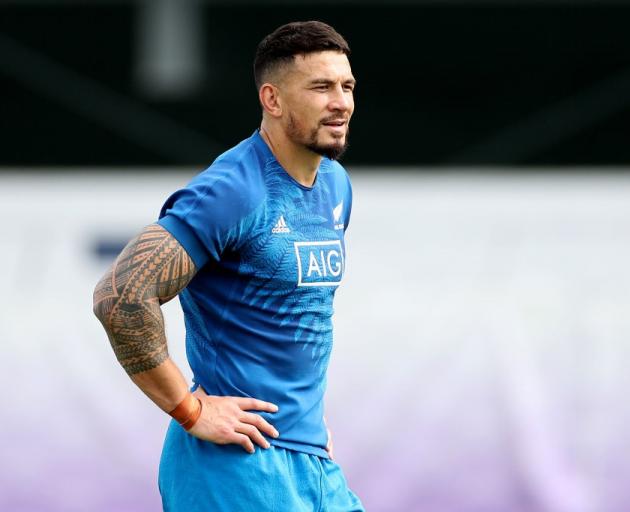 Sonny Bill Williams will trade All Black colours for a Toronto Wolfpack kit. Photo: Getty Images
Sonny Bill Williams has reportedly agreed to the richest contract in rugby league and union history, accepting a $10 million deal to return to the 13-man code.

"He's made his mind up to play for the Toronto Wolfpack who play in the English Super League," Weidler said. "The deal is stunning — $10m for two years work.

A spokesperson for the Toronto Wolfpack has told NZME that while they are in active discussions with Williams, they do not expect any formal announcement to be made today, though an update on the situation is likely to come later in the week.

Williams played for the All Blacks in the recent Rugby World Cup but will return to the code where he launched his career as a teenager with the Bulldogs in the NRL.

New Zealand lost to England in the semifinals of the World Cup but defeated Wales in the third-place playoff.

News of the deal comes after Toronto's head coach Brian McDermott revealed in October his team had received word Williams was interested in joining the team.

The Toronto team is on the lookout for big-name signings following their promotion from the second-tier Championship and were keen on signing the All Blacks star.

The 34-year-old won the Rugby World Cup with New Zealand in 2011 and 2015 and last played professional rugby league with the Roosters in 2014.

Other rugby league and union teams were rumoured to be in the hunt for Williams' signature after his contract with New Zealand Rugby ended following the All Blacks' win over Wales.

Toronto has a competitive advantage over interested rivals of being able to sign Williams as a Super League marquee player where just $300,000 of his salary will be included in the team's salary cap.

McDermott said recently his team wanted to bring in a David Beckham-type player to do for the Wolfpack what the former Manchester United favourite did for LA Galaxy — and that Williams fits the bill.

"Sonny Bill Williams has shown interest in us and that's what it is at the moment," McDermott said last month.

"He's currently busy with the World Cup so I wouldn't ever dare to suggest that he is more than interested in coming but the answer wasn't a 'no' once we made contact so that's something we'd like to follow up."

The Wolfpack, a Canadian franchise, is funded by Australian mining billionaire David Argyle and will make its debut in the Super League next year after winning promotion by beating Featherstone Rovers.