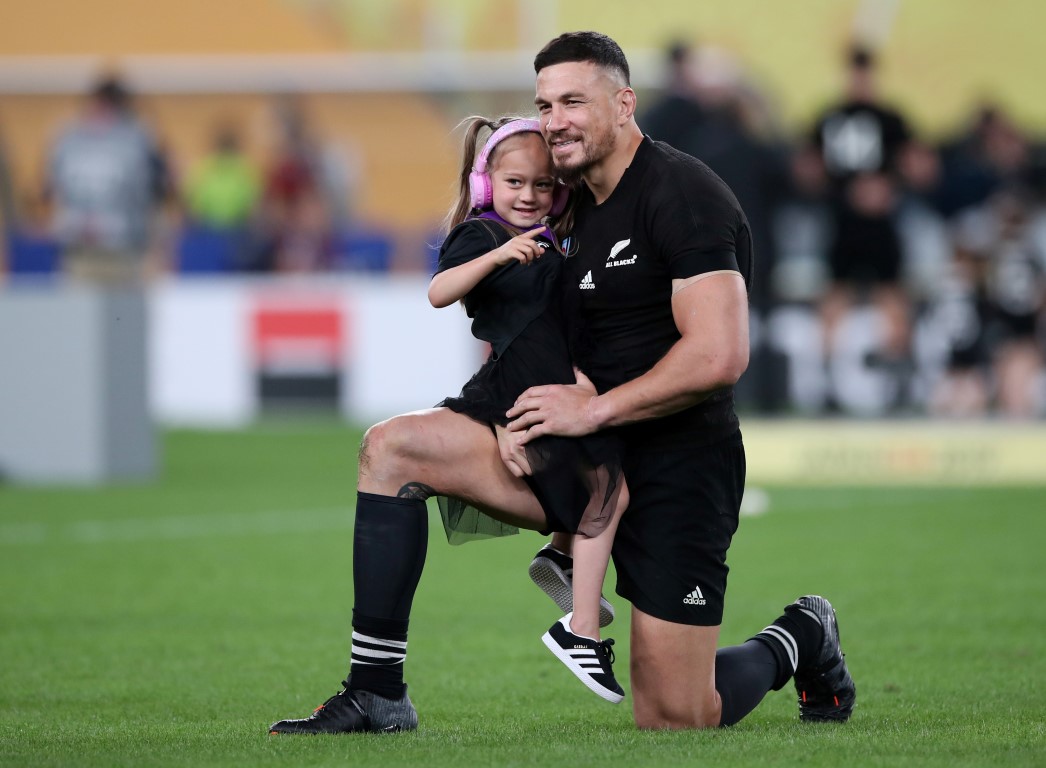 Sonny Bill Williams celebrates with his daughter after the All Blacks won the third-fourth playoff match against Wales at the World Cup in Japan. Photo: Reuters
All Blacks centre Sonny Bill Williams has thanked the New Zealand rugby community after it was announced that he would be leaving to play league with the Canadian-based Toronto Wolfpack.

The 34-year-old New Zealander, who will represent Toronto in England's top-tier Super League, was part of the All Blacks World Cup-winning teams in 2011 and 2015, and played his 58th and final test for them at this year's World Cup in Japan.

"I never dreamed that I'd play in the black jersey for ten years playing alongside some of the legends of the game, and I'm grateful for the support of so many people in helping me grow as a footy player over that time," Williams said in a statement released by New Zealand Rugby.

"Finally, to the players I've been privileged enough to play with. I've enjoyed every moment being with the brothers and that will be the biggest thing I will miss: the camaraderie and fun with my fellow players and being privileged to suit up with them and go out and do what we love. It's been a pleasure."

The Wolfpack confirmed on Thursday that they signed the towering Kiwi to a two-year contract for the 2020 and 2021 seasons.

Financial terms of the deal were not disclosed but it is reported to be worth $9 million with Williams getting an ownership stake.

Williams, who has enjoyed successful careers in both rugby union and rugby league, had been linked with a move to Toronto since the end of the World Cup at which New Zealand finished third.

After a successful rugby league career and union stint in France, Williams made his debut for Canterbury in 2010 and earned his first All Blacks cap that year. In 2016, he joined the All Blacks Sevens team for the Rio Olympics.

"Sonny has been a leader for other players and New Zealanders, demonstrating how a high public profile can generate good through promoting positive messages and highlighting social issues," said NZR Head of Professional Rugby Chris Lendrum.

"He has also demonstrated a remarkable ability to express deep compassion and generosity for people in need.

"We thank Sonny for his service to rugby and the community, and we wish him and his family the very best for their next adventure."