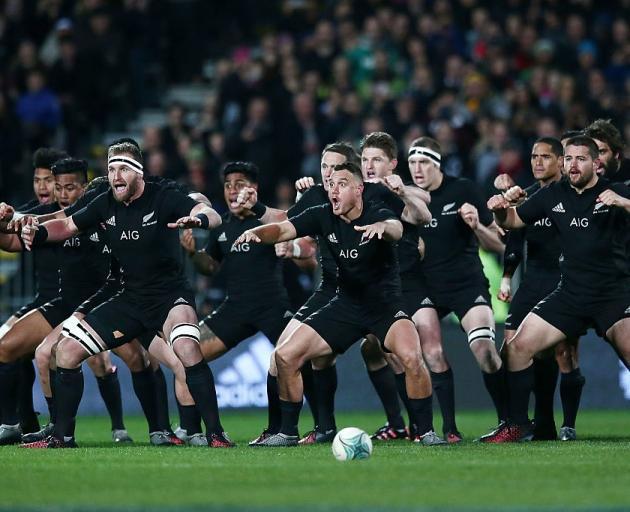 The All Blacks will be trying to win the World Cup for the third time in a row. Photo: Getty Images
The World Cup is just around the corner. And with it comes the fear of how the broadcast coverage will go.

Rugby writer Steve Hepburn has signed up for Spark Sport’s tournament pass and is walking the tightrope until next Friday when the coverage of the tournament will begin.  In his latest column, he checks out the omens. 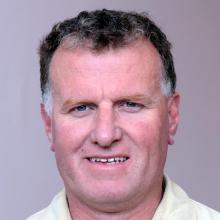 So here we are. One week out from the big game and how confident are we?

Well, going on last Friday night's broadcast of the test between Japan and the Springboks, the confidence is high.

We are like Lewis Hamilton in his Mercedes going up against Grandma in her Morris Minor.

Spark did not exactly yell it from the Sky Tower that it was broadcasting the above game and did it only for those with the tournament pass.

But it was a good test to see if it would work.

Would it be as clear as watching something on the front lawn? Or would it have more static than that crystal set built 40 years ago?

Well, it was a very pleasant surprise.

Actually, the biggest surprise was that yours truly did not need any assistance to get the whole thing under way.

With the technological expertise of a unicorn and the patience of a climate activist, chances are if it was going to go wrong it would go wrong.

No-one else shared the enthusiasm about watching the game at 10.15pm last Friday so I was left to my own devices. Well, two actually - the mobile phone and the television remote control.

One has to be honest - it was extremely hit and miss with the television remote. Just hit a few buttons, turn towards the one and mighty, and hope.

The television being used is no smart TV. It is more of a struggling third former in the middle stream than smart. It is not one of those $80,000 jobs. By the way, who would seriously pay that for a television?

Anyway, I clicked on numerous buttons and, with some combinations of twinkling fingers, the screen shot for Chromecast came on. Success!

Now on to the Spark Sport app on the phone which was showing the game.

Got there through just pushing the screen twice and the game was on the phone.

Now the moment - the Hillary step, the Neil Armstong leap, the Dr Livingstone, I presume. There was a sign on the screen to push which would put it on the screen.

So here goes nothing - and it worked. Eureka!

It was clear, you could hear the commentators and there was no static or blurry vision. No lag, as they say.

Scotty Stevenson and Stephen Donald were the commentators and did fine.

Stevenson has his lovers and haters but most commentators do. He was fine and Donald was good. He stayed away from the hard-man trait he can produce. The game was clear and coverage was no different from watching any other game on television.

The only disappointing thing was the Japanese were a bit rubbish and ended up losing 41-7.

So yes, as far as trial runs go it was thumbs up.

But going back to motor racing, this was like a trolley derby while the real test will be next weekend when the stakes will be considerably higher - the Formula One race.

Those with technical knowledge - and that appears to be everyone except me - say more people watching will test the coverage and the equipment.

So we wait with bated breath. To borrow a rugby term - the captain's run was near perfect but the real game awaits.