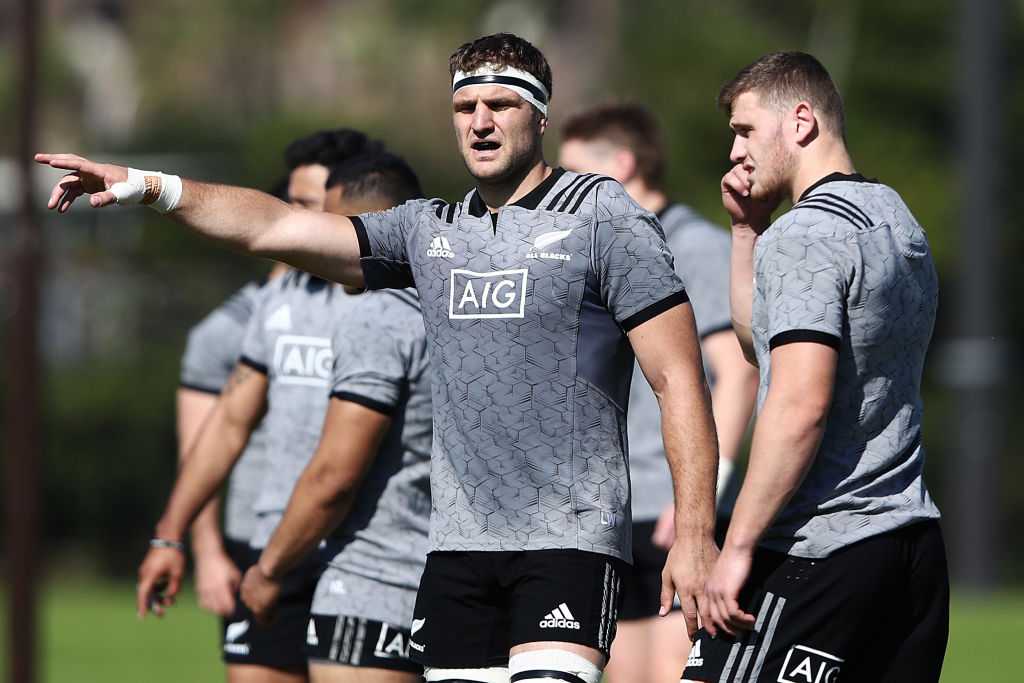 Luke Whitelock takes part in an All Blacks training session in Urayasu, in Japan's Chiba prefecture. Photo: Getty
The All Blacks have named a new look side for their match against Japan in Tokyo on Saturday, with eight players making their debut.

The match will also see the return of 56-test veteran hooker Dane Coles, who has spent almost a year out after injuring his knee ligaments last November.

Many of the first-choice players are heading to London tonight to prepare for their blockbuster test against England at Twickenham, while the rest of the squad remains in Japan.

Papalii, the only uncapped player in the 32-man squad to tour Europe, is seen by the selectors as a player who can cover both openside and blindside flanker and has had an impressive Investec Super Rugby and Mitre 10 Cup seasons.

Proctor also has had a strong season and been named Wellington captain this year.

Luke Whitelock will become the 70th All Black test captain and is following his brother Sam who captained the national side last year. He made his test debut against Japan in 2013 when the All Blacks overran the locals 54-6 in Tokyo.

Hansen said the team was inexperienced, but brimming with enthusiasm.

"The team's really excited at what lies ahead. While this is a relatively inexperienced group, the expectation is that when you pull on the black jersey, then a top performance is required.

"It's important that the players embrace the expectation and enjoy it.

"They've prepared well this week and will bring an unbridled enthusiasm that comes with that excitement. We know they'll go out on Saturday and proudly represent the jersey, themselves, their families and their country."

He said that he expected Japan to play a high-tempo "hit and run" game rather than wanting to keep the game tight.

The match will be played at Tokyo's 49,000 capacity Ajinomoto Stadium, which will be the venue for the opening ceremony of the Rugby World Cup and eight matches, including the All Blacks pool match against Namibia.

All Blacks team to play Japan at Ajinomoto Stadium in Tokyo on Saturday, kick-off 7pm is: