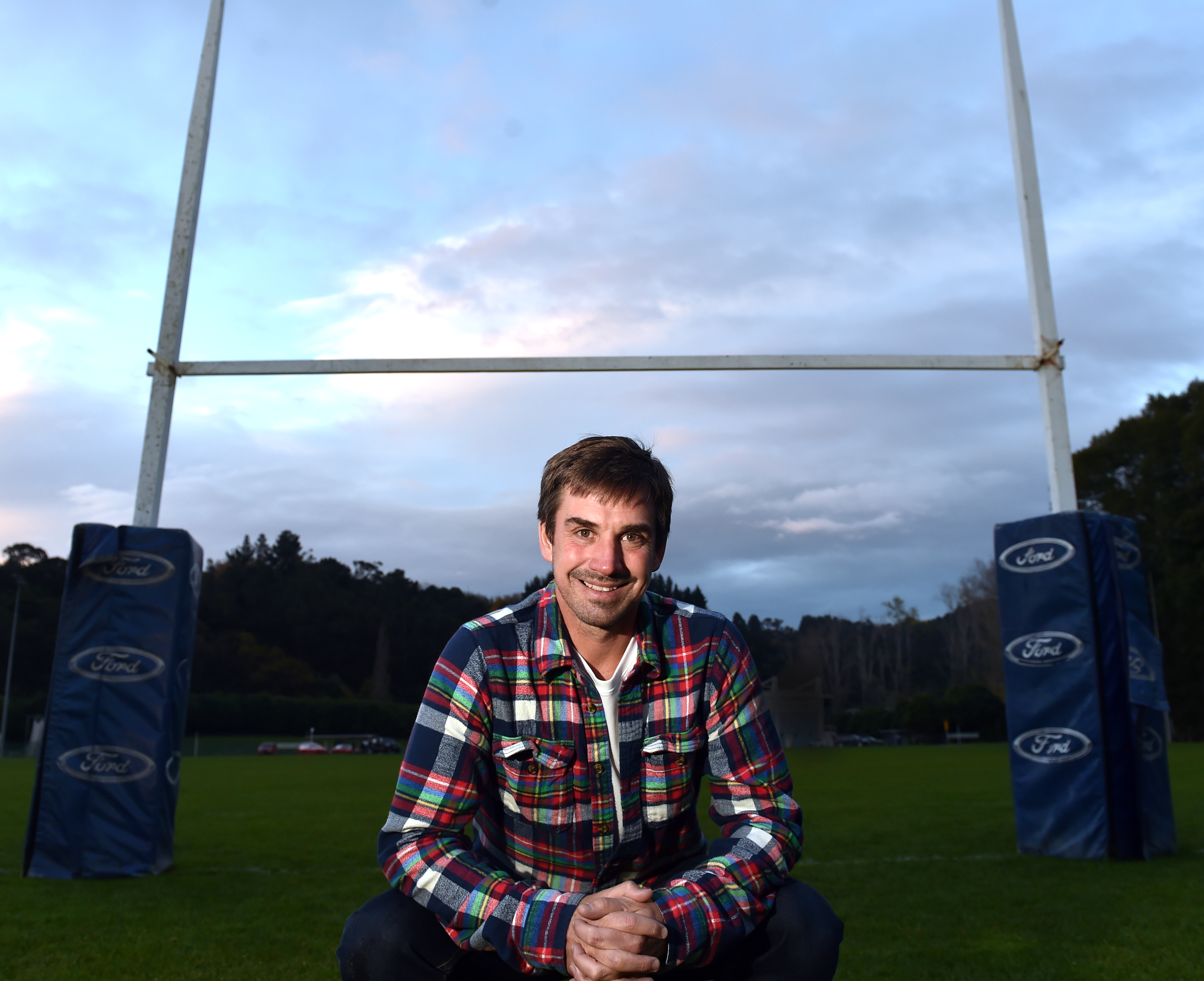 Argentinian strength and conditioning coach Alejandro Pastor at Logan Park yesterday. Photo: Peter McIntosh.
The game may be worldwide but it still remains the same.

Spending time in Dunedin this week is Argentinian strength and conditioning coach Alejandro Pastor, who has worked with  Los Pumas at two World Cup and the Brazilian sevens squad in the build-up to the Rio Olympics.

Pastor (42) was delivering programmes on strength and conditioning to Otago Polytechnic students this week and has enjoyed his time in the South.

He was involved with the Argentinian national side at the 2007 and 2011 World Cup and said the game was still amateur in Argentina although it had a professional outlook.

"We have only one professional team — the Jaguares. But in Buenos Aires we have 84 rugby clubs ... Argentinian players who get involved in rugby are very motivated ...  who have a real incentive to get involved," he said.

"The training starts at 8pm on Monday, Tuesday and Thursday and then game day on Saturday. All because they are motivated to do it. You compare that to footballers who get paid and just train in the morning and in day time.

"They [players] have a really strong dream to be part of the club history. There might be someone in the club who has been involved and has gone on to play for some other team. Players want to follow them."

Clubs were getting game analysts and he supposed it was inevitable the game would have eventually some sort of professional league in the country.

He is involved with the La Plata club, which he said had seven fields, a large gym with good equipment and a meeting room for coaches. La Plata Stadium is where the All Blacks have played Argentina in recent years.

The inclusion of the Jaguares into Super Rugby and Argentina into the Rugby Championship was a real boost to the sport and the sport was gaining in popularity, he said.

The strange thing was the catalyst for the change to a more professional and driven approach to the sport in Argentina came after a 90-point thumping by the All Blacks in 1997.

"The team saw it as a tragedy and promised themselves to change all the stuff. Make a system which would help us."

The country was known as a scrummaging stronghold but he said development camps had helped diversify and develop the game.

"It has changed quite a lot. A set of development camps were set up in 2009, five hubs right across the country ... getting everyone up to speed."

He pointed to forwards such as Agustin Creevy and Leonardo Senatore who had come out of the development camps.

As for whether Argentina would ever beat the All Blacks, he said it could happen one day if the team prepared well enough.

Working in the Brazilian structure was a challenge but well worth it.

"They are really talented people but they are beginning to play rugby at the age of about 17, 19. They have not got the core rugby values and the rugby instincts."

He said progress though was being made.

Strength and conditioning was his passion. It was not just about lifting weights or going for a run.

"It’s about how to understand your body, how to be an athlete in the future ... how to eat, rest and think like an athlete all the time."