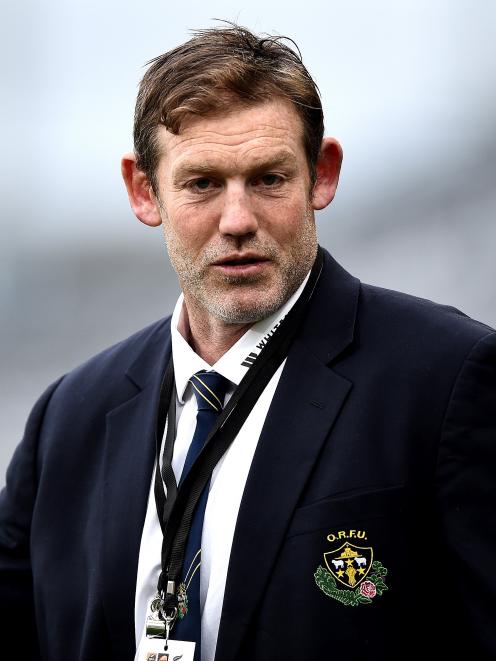 Tom Donnelly. PHOTO: GETTY IMAGES
Otago had a few distractions this week but shrugged them off, showing the depth in its squad.

Otago coach Tom Donnelly was full of praise for the approach of his squad in what could have been a tricky game against Northland.

Northland had made an impressive start to its season and can always be dangerous.

Otago had a short turnaround, having played just last Sunday, and then key duo Josh Ioane and Vilimoni Koroi were dropped from the game after breaking team protocol during the week.

But it did not seem to bother the Otago side, which hoed into its work and never took a backward step.

"The boys had a short turnaround this week, the disruption during the week but the boys fronted up.

"Some young guys came on and did the job," he said.

"Then we’ve got some old guys in the front row who are doing the job.

"The set piece was strong again."

Otago is building depth every week and as the season goes on a squad with lots of quality players is very much a key for any team with ambitions.

He praised the play of first five-eighth Jono Hickey, who stepped in for the absent Ioane. Hickey is better known as a halfback but did well one place further out.

"We have got a really good squad right throughout and tonight that just proved it."

He said what happened to Ioane and Koroi was in the past now. The actions and penalties had been done and they would be back in the team next week.

Northland is a big side but Otago got in the Northland players’ faces, not allowing them any time with the ball and hitting hard on defence.

"[Defence coach) Lee Allan and the boys have done a great job on defence this week. We were able to stop their ball carriers and offloads and they just could not get into the game."

Donnelly said the side was not looking too far ahead and was simply concentrating on one game at a time.

The team will face heavyweight Canterbury in Christchurch next Friday night in a crossover game.

Otago sits top of the Championship ladder and is 14 points clear of Southland, which is fifth on the ladder.

Otago has to play Southland in Invercargill on November 6 and Tasman at Forsyth Barr Stadium on November 14 to complete the regular season.