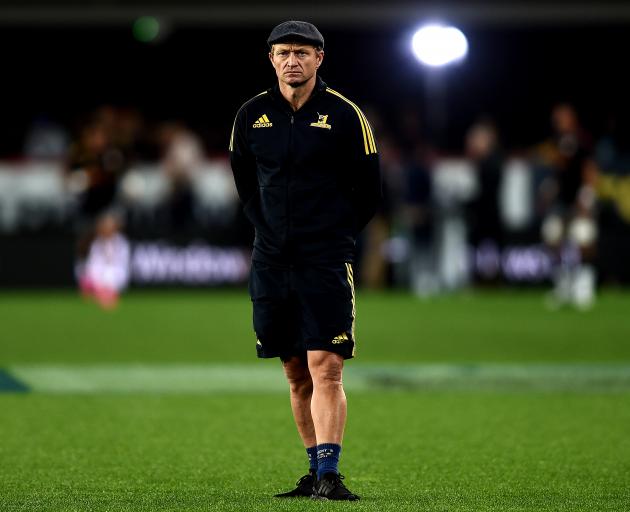 Highlanders coach Tony Brown has lamented the side's missed opportunities in Saturday's loss to the Chiefs. Photo: Getty Images
The dream of the final is over — the Highlanders now have to get ready for a physical and rested Blues outfit.

Highlanders coach Tony Brown lamented a soft performance by his side as it went down 26-23 to the Chiefs in a golden-point loss in its Super Rugby Aotearoa match at Forsyth Barr Stadium on Saturday night.

Brown had earlier said the side needed to win all its remaining games to make the final and the loss on Saturday night killed those hopes.

‘‘Rugby is a funny thing. It is a physical game and you can play to a certain intensity in one week and then you drop off the next week and the game does not quite work,’’ Brown said.

‘‘We did not quite nail it in that first half and the Chiefs dominated the first half and won all the key moments. We just could not get anything going. We were either making silly mistakes or just giving them real soft penalties which kills any momentum.’’

Brown praised his side for coming back in the second half to come close to winning but it was errors which led to defeat.

‘‘I think we just beat ourselves tonight. You always give away penalties in a game but there was a lot of soft stuff tonight which was avoidable. We just put pressure on ourselves.’’

The goal kicking was not great, 10 points going begging as Mitch Hunt’s boot was off beam after a top effort last week.

The injuries also keep coming. Big lock Pari Pari Parkinson took a blow to his surgically repaired ankle and, although he struggled through until halftime, he never came out of the dressing room for the second half.

It was not clear how bad the injury was.

The Blues, who had the bye over the weekend, loom this Friday and will be a big challenge.

‘‘We have to get up for them. It’s going to be tough as we only have a six-day turnaround. For me this performance should hurt our guys because we had the opportunity to do something great about making the playoffs and now we are out of that.

‘It should hurt and we have to get excited to take on a Blues side which can finish second.’’

Brown did not want to use injuries as an excuse.

He also had no issues with the penalties given for players advancing in front of a kicker.

Referee Ben O’Keeffe handed out plenty of penalties for players starting to move before they were put onside by an advancing player. It is a noticeable change in interpretation from previous years.

‘‘Just not quite smart enough for us in those situations. Smart rugby players adapt to that and the not-so-smart ones don’t.’’

Chiefs coach Clayton McMillan said it was a bittersweet win.

It was nice to get the win and to bag the third win in a row but he was not getting too excited.

‘‘It was untidy. Two teams that were pretty desperate. The accuracy at times was not great. A stop-start sort of game but still great to win,’’ he said.

With the victory, the Chiefs went ahead of the Highlanders on the table and have now won three in a row. The Chiefs will host the Crusaders in Hamilton on Saturday night. 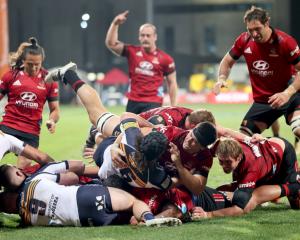 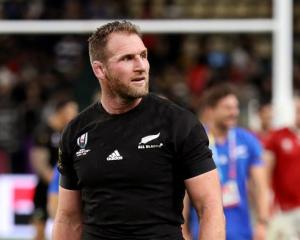 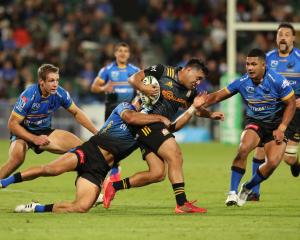 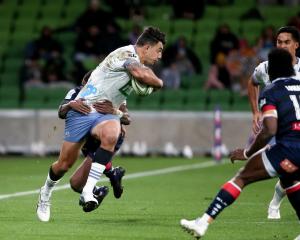