End of Highlanders career 'yet to sink in': Smith 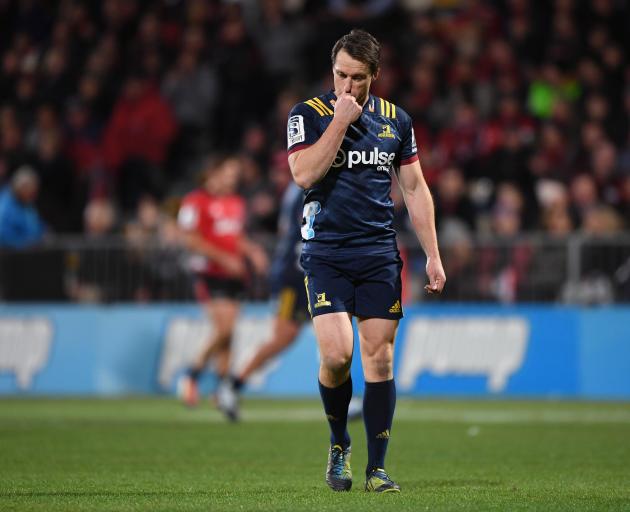 The Highlanders' Ben Smith reacts during the Super Rugby Quarter Final match between the Crusaders and the Highlanders in Christchurch. PHOTO: GETTY IMAGES
Highlanders co-captain Ben Smith says it has not quite sunk in yet that his days with the team are over.

Smith signed off his career, which started in 2009, with another impressive performance at the back for the southern franchise.

"I suppose I have not really thought about it too much. You get a few texts and people remind you," he said.

"Looking back, I have enjoyed the ride with the Highlanders, enjoyed my time. It is a team I have loved and I have grown up watching right from the get-go. But it is going to be weird when they are lacing up the boots next year and I am not involved.

"But in saying that there are some good young guys coming through that are going to be good... maybe later on I will look back at it more."

He said ideally it would have been great to come away with the win but it was not meant to be.

"It was a tough one for us. I thought in the first half we applied some pressure and executed our plans as we had hoped. But in the second half the momentum went to them and [they] took their opportunities. We just could not quite match their intensity in the second half."

The Crusaders were too clinical, he said.

Highlanders coach Aaron Mauger said his side played well in the first half but the quality of the Crusaders came through in the second spell.

"They put huge amounts of pressure on us right throughout that second half and took the chances which came on offer."

Down 17-14 at halftime, the Highlanders had to come out firing. But Liam Squire picked up a yellow card for a sloppy no-arms tackle and while he was off, from five minutes into the half, the Crusaders scored a telling 14 points.

Mauger felt the yellow card was 50-50 but it was a fair enough decision from the referee.

"We asked for a real lift in intensity straight after halftime as we knew that is what the Crusaders would do. But we perhaps got a little bit giddy and lost a little bit of detail around our technique."

It is the third year in a row the Highlanders have gone out in the quarterfinals and it was a disappointing way for them to bow out with so many players leaving the team.

Mauger said it was time to get round those players and look at the contributions they had given the side.

Flanker Shannon Frizell missed the game due to an infection in his knee which was not serious.