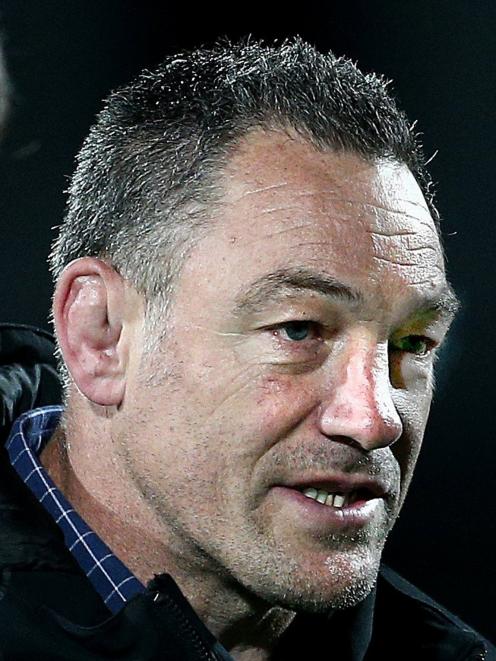 Mark Hammett.
A couple of the best for the Highlanders this season remain unsigned for next year as other players look to move on.

The Highlanders’ season came to an end on Saturday with an entertaining and good win over the Hurricanes at an empty Forsyth Barr Stadium.

The side will go through reviews over the next few days and then most players will go to a provincial side to play in the Mitre 10 Cup. The competition is due to start on September 11 but that will depend on what alert levels the country is under over the next couple of weeks.

He said on radio on Sunday he had a coaching opportunity overseas but had turned that opportunity down to return to Christchurch with family.

Hammett said he might move back into the professional coaching ranks one day but, at the moment, he may look to help out at a community level.

Whether Hammett will be replaced is undecided as are many things concerning Super Rugby.

With borders still closed and no sign of them opening any time soon, the Super Rugby competition may be played among New Zealand teams again next year.

Whether it is spread over a long time period and involves more byes or another round is all up for debate.

Head coach Aaron Mauger has come to the end of his three-year contract.

The performance on Saturday and the improved efforts of his side in the Super Rugby Aotearoa competition makes it likely Mauger’s time in the role will be extended.

That is if he wants to the job. The head coaching position has changed significantly over the past 10 years and involves far less time on the training paddock.

On the playing side, Mauger said the last week the Highlanders had about 10 spots left to contract for next year.

Of the 38 players who signed with the Highlanders this year, a few are moving on.

Midfielder Rob Thompson is believed to have signed a contract with a Japanese club and will not be back. Thompson had a solid season but had a forgettable first half against the Chiefs in Hamilton last month and was not sighted again.

Lock and sometimes loose forward Jesse Parete is also thought to be heading for Japan.

The side has signed prop Jermaine Ainsley for the next two seasons and he looks a straight swap for Josh Iosefa-Scott who has been barely sighted this year.

Michael Collins, who has blossomed in the past few weeks after moving into centre, is another player not signed while flanker Dillon Hunt, who was the competition’s top tackler with 100 tackles, confirmed last week he has not signed for next season.

Hunt has family in Auckland and hails from Westlake Boys’ High School and may be looking to head north.

Tevita Nabura has had three injury-riddled years and is unlikely to be back while others such as Kiris Kuridrani, Zane Kapeli and Sione Misiloi have had limited or no minutes this season and may not be seen again.