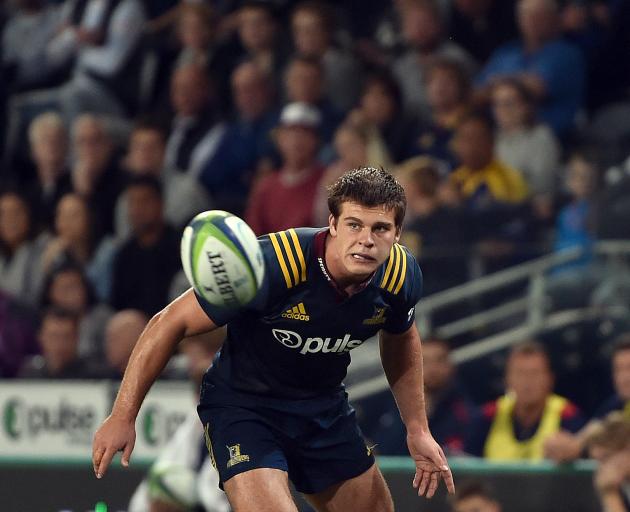 Dillon Hunt has signed with the Blues. Photo: Peter McIntosh.
The Highlanders have suffered a big loss for next season.

Openside flanker Dillon Hunt has signed with the Blues for 2021.

The two-test All Black joined the Highlanders in 2017, following a handful of injuries in the loose forwards.

He has since become a key member of the side, known for his high work rate and tackling prowess.

Originally from Auckland, Hunt returned to North Harbour for the Mitre 10 Cup in 2018, after three years with Otago.

That desire to go home for Super Rugby was behind this move as well.

“For me it is about coming home to play my rugby,'' Hunt said.

"My partner and family are both in Auckland which was a big motivator for me.

“I grew up watching the Blues and I have always been a big fan, so this is an exciting opportunity for me.”

Meanwhile Blues coach Leon MacDonald said Hunt would be an asset to the team.

“Dillon is a quality performer with a high work-rate and it’s good to have him back home," he said.

"Loose forwards operate in a high impact area of the game, so we need quality depth.  As captain of North Harbour, he will also bring his leadership qualities to the group.”