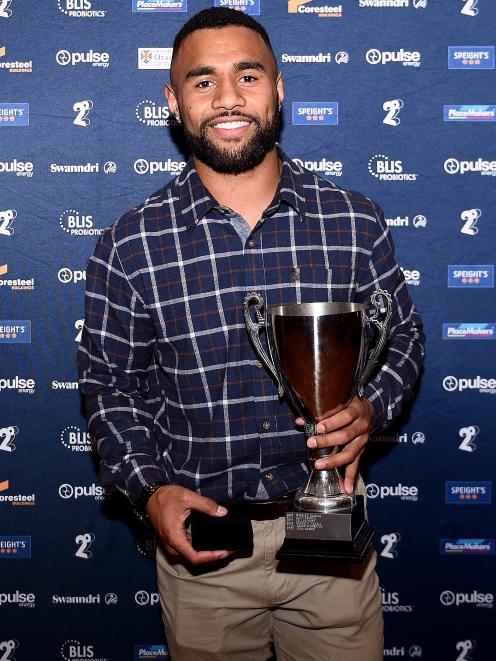 They both reverted to names people found easier to pronounce.

Luteru Ross Poutoa Lote Taylor is better known as Ross Taylor — Black Caps batting supremo who once bludgeoned an undefeated 181 at the University of Otago Oval.

Jona Malanicagi goes by the the name Jona Nareki and he is fresh from his rookie season with the Highlanders.

Nareki grabbed most opportunities and was a threatening presence on the left flank with his elusive footwork and speed off the mark.

He told the Otago Daily Times Rugby Chat the more time he spent on the field the more comfortable he felt at that level.

The 22-year-old dotted down nine times for Otago last season and has 24 tries in 30 games for the province. It is an outstanding strike rate.

Nareki was in magic form for Alhambra-Union on the weekend.

It was his first game for the club in three years. His sevens commitments and gig with the Highlanders have prevented him from playing more club rugby.

But he loved the opportunity and got to link up with his brother Peceli Malanicagi.

"That was the first time [we’ve played together] so it was real good. I was quite stoked I got the opportunity to play with him."

The brothers shared the same surname until Nareki decided to change it.

"Back in school, teachers used to pronounce my name wrong, so then I was like, I better change it.

"I had a Fijian passport, so when I got my New Zealander citizenship I changed it to Nareki so it is easier, unfortunately."

The brothers bagged a try each but Alhambra-Union lost 33-32 to Kaikorai.

It has left Alhambra-Union in a must-win situation this weekend.

There are several scenarios which could pan out. But the one which it has the most control over is to secure a bonus-point win against Harbour at the North Ground tomorrow and deny its opponent a bonus point. Then, regardless of what happens in the Southern-Kaikorai game at Bathgate Park, Alhambra-Union will progress.