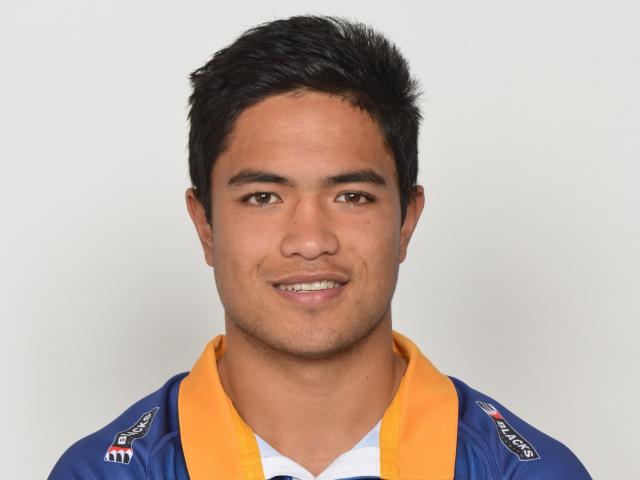 Josh Ioane
Highlanders assistant coach Tony Brown covered a wry smile when his star first five-eighth Josh Ioane confessed via video conference he had not drilled a dropped goal during his first-class career.

That could be awfully important, awfully soon.

Super Rugby Aotearoa will introduce a golden-point tiebreaker when it kicks off next week.

It is also promising the breakdown will be policed closely to help speed the game up, and red-card replacements will also be introduced.

The golden-point tiebreaker means no more deflating draws. But it also means teams will need to be prepared.

‘‘The extra excitement of the golden point is not only going to be good for the teams but it is going to be pretty amazing for the crowd to watch as well,’’ Brown said.

‘‘I think the game always needs changes. Rugby is moving so fast it only makes sense that the rules move with it...

Ioane shapes as a key figure. He was a rugby league fan growing up and is familiar with the National Rugby League-style tiebreaker.

‘‘I’m excited about the golden point. I think it creates some excitement around the game.

‘‘I’ll definitely been practising my drop goals just in case it gets to that position. But in terms of how we approach the game, I think we just keep it the same.

‘‘The end goal is to try and win the game and that is all we will be doing for the first 80 [minutes].’’

He will need to practise, too. So far the grand sum of dropped goals he has potted during his first-class career amounts to zip.

‘‘I’m yet to get on the board with that one. Maybe this is an opportunity for me.’’

The golden-point system will be activated if the scores are level at fulltime. The team to score first during a 10-minute period of extra time will win.

The changes to the red card rules will allow a team to replace a player who has been sent off. However, teams will have to wait 20 minutes to do so.

The red card has been seen as a game-killer in the past and reducing its impact would improve the experience for the viewers, Brown suggested.

‘‘Being able to bring on another player will add to the contest and hopefully not kill the game after five minutes.’’

The rejigged tournament will start on June 13 when the Highlanders host the Chiefs at Forsyth Barr Stadium.