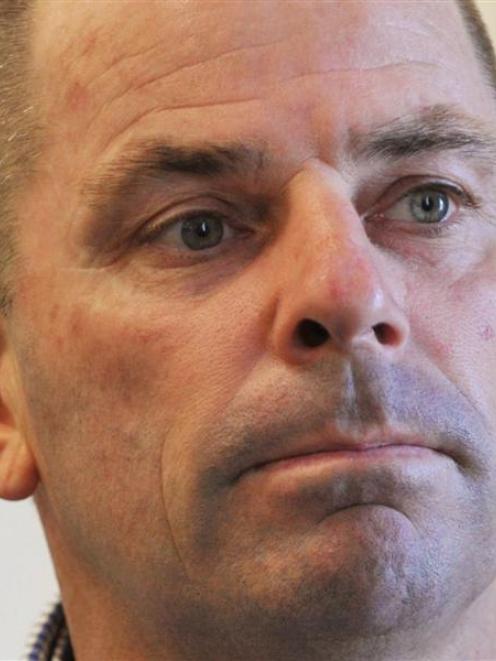 Jeremy Curragh.
The man deeply involved in saving Otago rugby from liquidation a couple of years ago is now helping privatise the Highlanders.

The wheels are slowly turning on the Highlanders' move to private ownership although, as with the other four New Zealand franchises, the New Zealand Rugby Union will retain majority ownership.

Highlanders general manager Roger Clark said the process to move towards a part sale was continuing but it was long and involved.

Jeremy Curragh had been appointed by the NZRU to help co-ordinate the sale and would work with Highlanders and NZRU staff to go through the whole process.

A local committee, headed by Otago Rugby Football Union chairman Doug Harvie, had also been formed and would provide local input into the process.

Included on this committee were representatives from other interested parties such as other provincial unions and local authorities.

The sale of the four other New Zealand franchises had resulted in provincial unions taking a large stake in the franchises.

The Otago Rugby Football Union has already said it is keen to get involved with the Highlanders while, as the owner of the stadium where the team plays, Dunedin Venues Management Ltd is sure to also want to be part of the action.

Clark said the committee headed by Harvie added local information into the sale, and could be a go-between for potential interested investors.

''At the end of the day, the Highlanders are an important part of the landscape in this part of the world and we want to make sure it stays that way. We don't want it all done by outsiders,'' Clark said.

Work was going on behind the scenes looking at all aspects of the franchise - its history, playing structure, who was contracted, sponsorship, and financial performance both in the past and projections out to 2020, he added.

He did not have a time line on when the sale of the franchise would be complete but had previously hoped it would be by the end of the year.

Curragh, a chartered accountant, was previously chief executive of the Bay of Plenty Rugby Union and had successfully managed to turn round the finances of that union. He had also helped the Southland union out of financial trouble.

He was appointed by the NZRU as change manager for the Otago union late in 2011 and worked at the union for five months as it only just staved off liquidation.