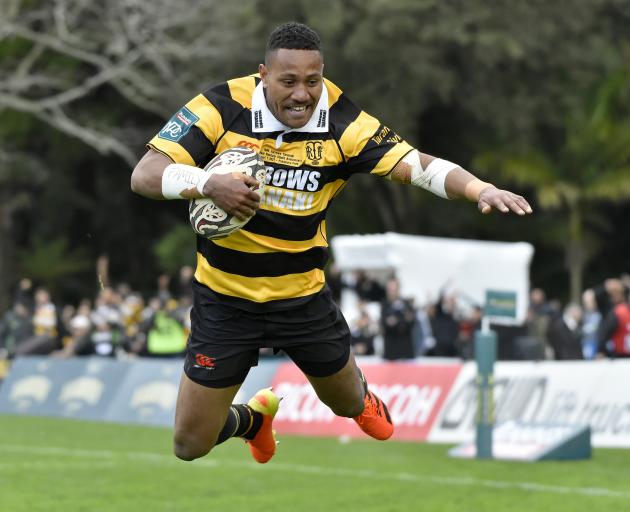 Vereniki Tikoisolomone has been drafted into the Highlanders squad. Photo: Getty Images
The Highlanders have already been forced into some squad tinkering thanks to injury.

Experienced midfield back Patelesio Tomkinson is out for the 2022 season, and has been replaced by Taranaki winger Vereniki Tikoisolomone.

Tomkinson, who has played 31 games for the Highlanders, hurt his left foot in the NPC Championship final and will require surgery that will rule him out of the new-look Super Rugby Pacific competition.

His bad news means an opportunity for the exciting Tikoisolomone (23), who scored five tries for the all-conquering Taranaki side this season.

Tikoisolomone, who first attracted attention when scoring 13 tries for Whanganui in the 2019 Heartland Championship, has genuine speed, and was possibly unlucky not to be picked up in the initial Super Rugby squad selection.

He bolsters the outside back depth, and the Highlanders will feel they have enough midfield back cover in the form of Fetuli Paea, Scott Gregory, Thomas Umaga-Jensen, Ngane Punivai and utility Josh Timu.

‘‘Sio has grown steadily as a player over the last few years and has always been a player we could rely on to perform consistently for us,’’ Brown said.

‘‘He had another good season for Otago. It’s a blow for us to lose him for the Super Rugby Pacific competition but a good chance for Vereniki to showcase his talent.”

The Highlanders have whistled in a couple of Otago players to provide temporary injury cover.

Christian Lio-Willie, who turned heads with some superb form for Otago in the latter stages of the NPC, has been drafted in to cover for flanker Billy Harmon, who is not expected to be back until early April.

Young halfback Nathan Hastie will cover for Folau Fakatava, who has been rehabilitating from a knee injury and might not be ready to start the season.

“It is always interesting to see how replacement players respond to the opportunity to come into the squad,’’ Brown said.

‘‘They’re coming in off good provincial form and normally add extra enthusiasm and energy to our environment. It’s a real chance for them to stake a claim in the preseason and demonstrate they belong at Super Rugby level.’’

But wait, there is more.

The Highlanders have called in three players as temporary cover for All Blacks Aaron Smith, Shannon Frizell and Ethan de Groot, who are on leave until later in January. 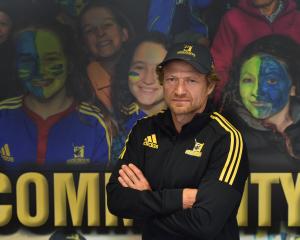 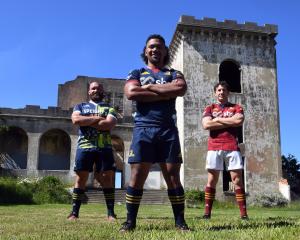