Decision on Cheika's future by Christmas 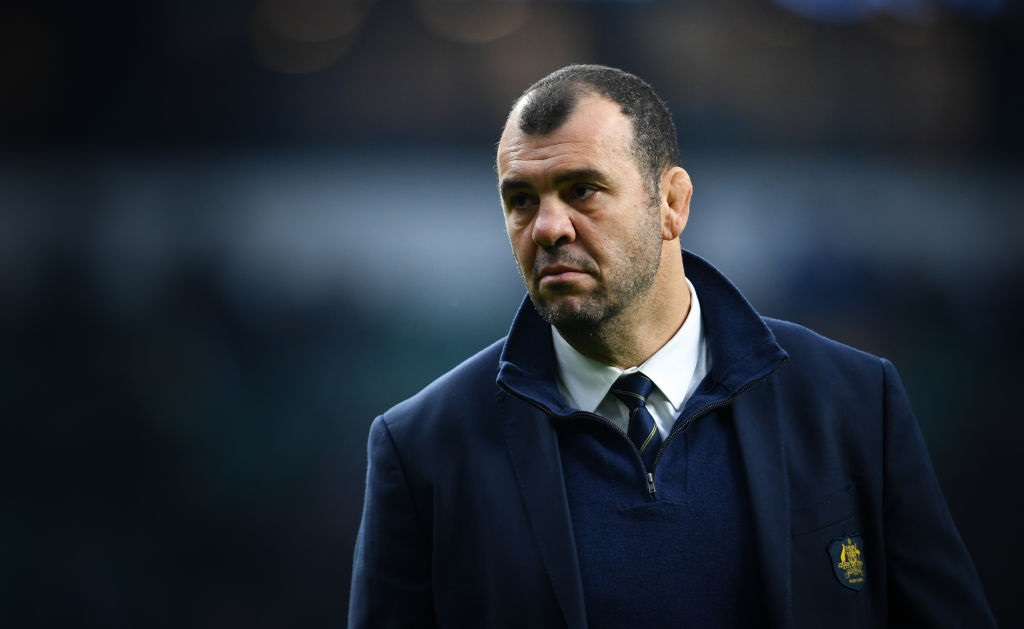 It's been a tumultuous year for coach Michael Cheika and the Wallabies, who have won just four of 13 tests. Photo: Getty Images
A decision on the future of Wallabies coach Michael Cheika should be "wrapped up" by Christmas after he presented his end-of-year review at a Rugby Australia (RA) board meeting, according to chairman Cameron Clyne.

The 51-year-old Cheika's future was clouded after a tumultuous year for the Wallabies, who won just four of 13 tests and showed little sign of improvement a year out from the Rugby World Cup.

Pundits and fans had expected the coach to be sacked following the meeting, with RA chief executive Raelene Castle stating before their end-of-season tour that they expected the side to win all three games in Europe.

They managed to achieve just one, a 26-7 victory against a limited Italian side in Padova, to cap a year when they lost a home series to Ireland, were swept 3-0 by the All Blacks and won just two games in the Rugby Championship.

"We received a presentation from Michael Cheika and we are going through a process so I'm not really in a position to elaborate," Clyne told reporters in a short media conference in Sydney on Monday.

"We have had the presentation from Michael, some data gathered from him, his coaching staff, the players and our high performance unit.

"We need to go through a fairly thorough review process and we have all the information we need so we will be going through that process.

"I know people are keen to know what is going on but... we will have more to say and have that process wrapped up ahead of Christmas."

Cheika's tenure began in late 2014 after Ewen McKenzie resigned and he guided the Wallabies on a surprising run to the 2015 Rugby World Cup final.

The side, however, failed to build on that initial success, and have won just 17 of their 42 games since with an overall record of 28 victories in the 58 games during Cheika's four-year tenure.

Cheika has consistently said that despite the team's troubles they would turn the corner ahead of the World Cup, where they have been drawn with Wales, Georgia, Fiji and Uruguay in Pool D.

The coach, however, struggled to settle on his best combination, with numerous changes from week to week, while a lack of player depth in pivotal positions has also been exposed.

They also failed to settle on an effective game plan and while they look dangerous on the counter-attack, they failed to impose themselves against sides who control possession and territory.

Both defence coach Nathan Grey and attack coach Stephen Larkham have been criticised for the side's failure to score points, and stop them from being scored, while their scrum and lineout disintegrated on several occasions.