High-flying Ireland may be on its way down

The Rugby World Cup is less than 10 days away. The Otago Daily Times will examine the 20 teams taking part in the tournament in Japan. Steve Hepburn looks at pool A. 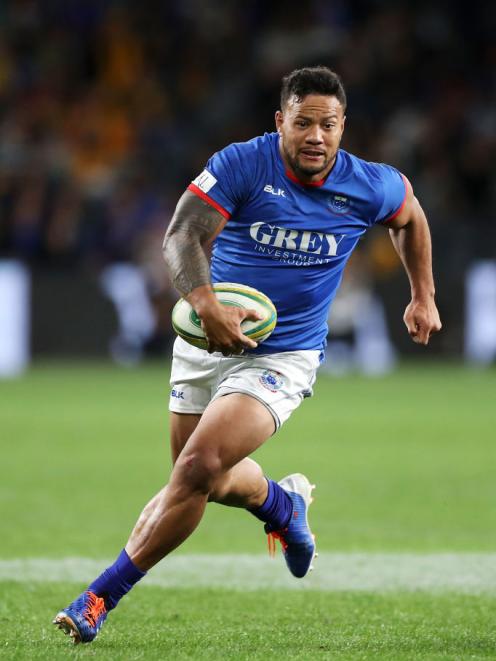 Samoan outside back Tim Nanai-Williams looks for some space against Australia in Sydney last Saturday. Photo: Getty Images
Ireland has been riding high of late but one wonders if the side has peaked and is heading downhill.

Last year, the side won a series in Australia and then toppled the All Blacks in Dublin with a dominant defensive display.

But the All Blacks were running on empty that day and the home side played to its absolute best.

Since then, it has failed to defend its Six Nations crown and lost games it should have won. There are injuries and key guys have struggled to get on the park.

The Irish play a fairly one-dimensional game but have the talent to back that up. The side has a good set piece and strong loose forwards, though not having Sean O'Brien is a blow. CJ Stander and Peter O'Mahony are good solid loose forwards.

The key to Ireland is around the inside back pairing of Conor Murray and Johnny Sexton. When on form and firing, they can totally dominate a game. Murray, though, had a long way away from the game with a neck injury brought on by a mistimed hiccup. He is back to full fitness.

Sexton is now 34 and the world player of the year. But is his game suited to what should be some hard and fast tracks?

Out wide, Ireland has some great finishers and class, but then so do many at this level.

Fact: Just 9% of Irish are gingers.

Scotland almost made the semifinals last time around but lost to a late penalty to Australia. Since then the side has continued to develop under coach Gregor Townsend. Townsend was an enterprising back in his playing days and he is trying to develop a more rounded style with Scotland. The side is trying to get its fitness levels up and then run teams off their feet. That is a commendable approach but does the side have the skill and flair to play this way against the best teams? 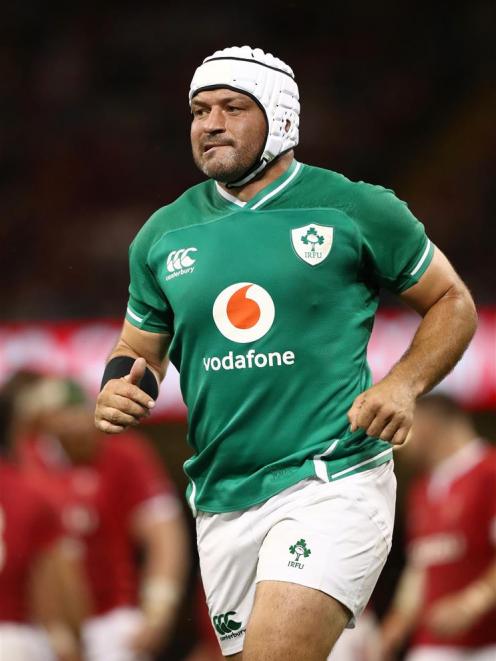 Ireland captain Rory Best will retire from the international game after the World Cup. Photo: Getty Images
It will have a solid platform and captain Stuart McInally is a quality player and hooker. Backrower John Barclay is at his third World Cup, while big Jonny Gray is around. He is a big man but sometimes gets distracted too much.

Former Hurricanes forward Blade Thomson has been whistled into the squad after just one cap but he has picked up a concussion, of which he has history.

The tight five is solid and loose forwards good enough but the biggest issue for Scotland in past seasons has been that lack of X factor.

Fullback Stuart Hogg is a seasoned professional who is a classy player but too often has missed important games.

Adam Hastings, the son of Scottish great Gavin Hastings, is an intriguing selection, though he may not play much.

Fact: Scotsmen invented the telephone and the television.

It is hard to get a read on Japan. The host country has racked up some good results in the past couple of years. It won the Pacific Nations Cup a couple of months ago and held France to a draw in 2017. It beat Italy and then lost to the same side last year.

It will not be a lack of preparation that will handicap Japan. Head coach Jamie Joseph has had the side in training camps for most of the year and had players coming and going out of the Sunwolves.

The team will be very fit and will not lack for energy. About a dozen of the squad have overseas links but that is expected and we live in a global world these days.

Japan looked to be progressing well but was well beaten by the Springboks last weekend, which would have put a dent in its hopes. The big key for the side is to be calm under pressure and do the basics well. The Japanese top league is very strong but key positions are taken by foreigners.

Skipper Michael Leitch has been battling injury but is now ready to go. He has thrown himself into many collisions over the years and one wonders if his body is creaking too much.

Flanker Pieter Labuschange is a quality player and was one of the best for the Cheetahs many years ago when that side went on a run and reached the playoffs. Amanaki Mafi is a hard runner and there is some speed out wide.

Fact: There are more than 3000 McDonald's restaurants in Japan. Only the US has more.

The great days of Samoa appear to be behind it but the side could still put up a decent challenge. We all know the struggles of Samoa in trying to get the best side on the paddock and players not being allowed to leave their European clubs or suddenly retiring from international play.

But rather than crying about it, Samoa just needs to relish who it has got and get on with it.

Crusaders prop Michael Ala'alatoa will turn out in Japan and will be an asset. The front row will be solid and loose forwards good enough, with captain Lam at his third World Cup.

Melani Matavao, who played for Otago last year, is in the squad as a halfback and is a decent player. Halfback Scott Malolua dislocated his shoulder in the test against Australia so is out of the tournament.

Inside backs is where Samoa has issues as it struggles to find a world-class pilot to steer the ship. Tusi Pusi is picked again but he is closer to 40 than 30 and is past his best.

On the outsides are decent enough players such as Tim Nanai-Williams and Ed Fidow. Samoa will target more than one win but it may he tough.

The Russians turned up in New Zealand to play in the World Cup in 2011 and were based in the Nelson area. The side did not win a game and moved on. The team did not qualify for the tournament in England four years ago. This time around, it has qualified but that had a lot to do with countries such as Romania and Spain fielding ineligible players in European tournaments and being penalised heavily.

Still, Russia took the chance and will be in Japan.

It has not got much show of making any impact. Russian rugby is very much a minority sport in the country and any true national league is an impossibility in a country of such vastness.

Only two players in the squad play outside Russia. Tighthead prop Kirill Gotovtsev only converted to rugby just over a year ago after representing his country in bobsleigh and wrestling.

It is anyone's guess how Russia will perform but it is unlikely the side will record a win. It did beat Namibia a while back, but those games can be hard to read.

-A full guide to the Rugby World Cup will be in Saturday's Otago Daily Times.