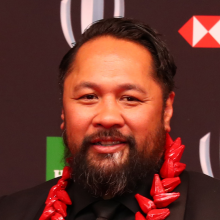 Seilala Mapusua will head coach the national side, while Brian Lima will lead the sevens team.

Mapusua, who has been working as the coach development officer for the Otago Rugby Football Union, has been appointed to the role for two years.

He also played 33 tests for Samoa.

Mapusua, who was born in the country, would begin preparing for next season with a focus on the qualifiers for the 2023 Rugby World Cup.

“I’m very honoured and humbled to be a member of the Manu Samoa again," he said in a release.

"I’m excited to return home and get to work in growing and developing Manu Samoa rugby starting from the grassroots.”

He played for the Samoa 15-a-side team from 1990 to 2007 across a career in which he gained a reputation as a hard-hitting centre and wing.

He also played sevens at various stages and his 17 Sevens World Cup tries are the third most in the tournament’s history, behind Fijian duo Marika Vunibaka and Waisale Serevi.