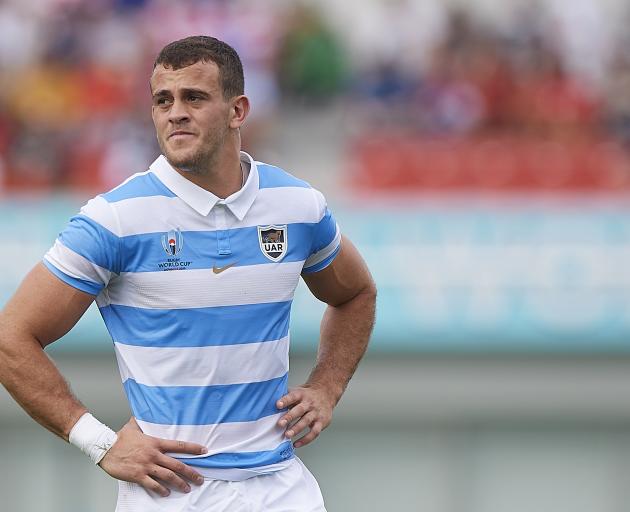 Emiliano Boffelli was one of six Pumas to test positive for Covid-19. Photo: Getty Images
As if there weren't already enough hurdles in the path of establishing the Rugby Championship in 2020, another has emerged in the form of positive Covid-19 tests.

The Argentine Rugby Union has announced six of its national team players have returned positive tests for the virus and had been placed in isolation, casting further doubt on the already unlikely Rugby Championship.

"After completing a new round of PCR tests, in order to minimize the risk of contagion and be able to start the health bubble, the results yielded six positive cases of Covid-19 in the campus," the union said in a statement.

This year's test schedule, including the Rugby Championship's fate, is not expected to be finalised until next week. However, it seems almost certain the competition will not be able to go ahead - despite Sanzaar chief executive Andy Marinos' confidence.

The hope has been to establish a New Zealand-based competition to run in November and December, with the Wallabies, Springboks and Pumas all travelling to New Zealand to play.

That in itself caused some issues, with Springboks coach Jacques Nienaber recently suggesting their players needed at least six weeks of Currie Cup football - which doesn't start until late September - to get in shape for international rugby.

However, were the Springboks to compete in the proposed November 7 to December 12 Championship, they would have to leave South Africa by October 18.

There's the added problem that the New Zealand Government won't let multiple teams quarantine at the same time or train while they are in their 14-day lockdown.

The All Blacks are expected to play the first two tests of Ian Foster's reign in Queensland in early October – a schedule that would require a one-month quarantine period - while Western Australia has emerged as a potential option to host the Rugby Championship should New Zealand not be suitable.

However with the re-emergence of Covid-19 in New Zealand and the ongoing fight against the virus in Australia, any plans to host the lengthy competition would be heavily scrutinised by the respective governments.