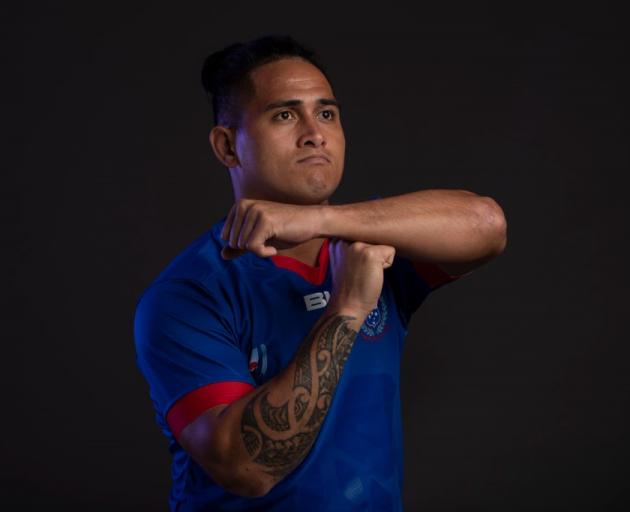 Former Otago halfback Melani Matavao will cover his tattoos alongside the rest of the Samoa Rugby World Cup team. Photo: Getty Images
Samoan players will wear their hearts on their sleeves - but keep traditional Pacific islander tattoos under wraps.

They will wear skin suits during the World Cup in Japan to avoid offending their hosts.

For the Japanese, tattoos have long been associated with members of 'yakuza' crime syndicates, and inked tourists may be met with disapproval and sometimes banned from gyms, bathhouses or traditional hot-spring resorts.

But tattoos are also a fundamental part of the Pacific identity back home for the Samoans.

"We have to respect the culture of the land we are in wherever we go. We have our own culture as well but we are not in Samoa now," team manager Va'elua Aloi Alesana told the World Cup website.

"There are some training venues that have allowed us to show our tattoos and some places where we can't, and for those places, we've been given 'skins' to wear to cover our tattoos."

"The extra skins are only for when we go to the [swimming] pools though. At the training we can wear our normal clothes."

Last December, World Rugby advised both players and supporters to cover up tattoos during the tournament.

Samoa coach Steve Jackson called in Japanese cultural experts ahead of the tournament to ensure players appreciate the local culture.

"It's quite normal in our culture," Samoa captain Jack Lam said. "But we are respectful and mindful to what the Japanese way is. We will be making sure that what we are showing will be OK."

Samoa, ranked 16th in the world, face Russia in their opening pool stage match. They will also meet Scotland, Japan and Ireland in Pool A.