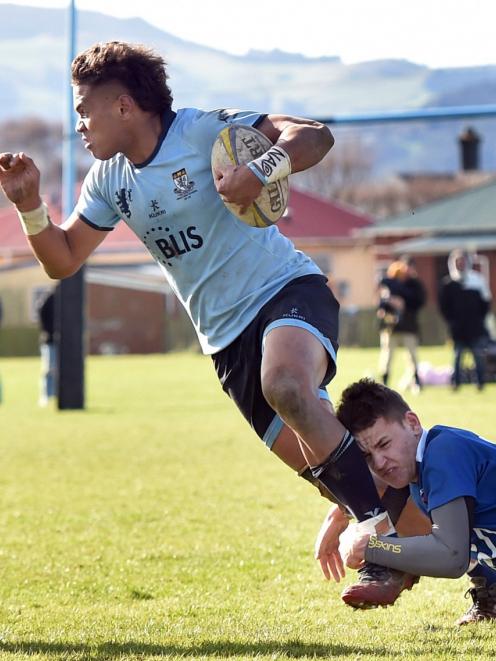 The teams drew 24-24 in Invercargill 10 days earlier, but King’s was too strong on home turf.

In the battle at Littlebourne between the two Otago Boys’ teams, the top team strolled to a comfortable 81-0 win.

There was a notable size difference between the two squads.

Otago Boys’ Second XV stretched Southland Boys’ a week earlier but was unable to match the strength and power of the defending champion.

The second XV trailed 36-0 at halftime and barely saw any ball in the second half.

The first XV ran in tries rapidly towards the end of the match.

Rampaging No8 Semisi Tupou Taeiloa swatted away countless tackles in a strong match. Blindside flanker Oliver Haig was dominant in the lineout and industrious around the field.

Midfielder Jake Te Hiwi made good metres every time he got the ball with a little space, and halfback Reuben Bouman had a tidy first half. He cleared the ball extremely well.

In the other premiership match, Dunstan beat St Kevin’s 27-7 in Alexandra to move into the top four.

In the championship, John McGlashan College recorded a 37-7 win against Wakatipu in Queenstown.

Waitaki Boys’ edged the Combined Coeds 31-24 in a bottom-of-the-table match.