It’s coming home for summer. Long may this win linger.

Otago has won the Ranfurly Shield this afternoon, beating Waikato 23-19 in Hamilton.

The union will now hold the prized log ‘o’ wood over the summer with a gutsy win over Waikato. 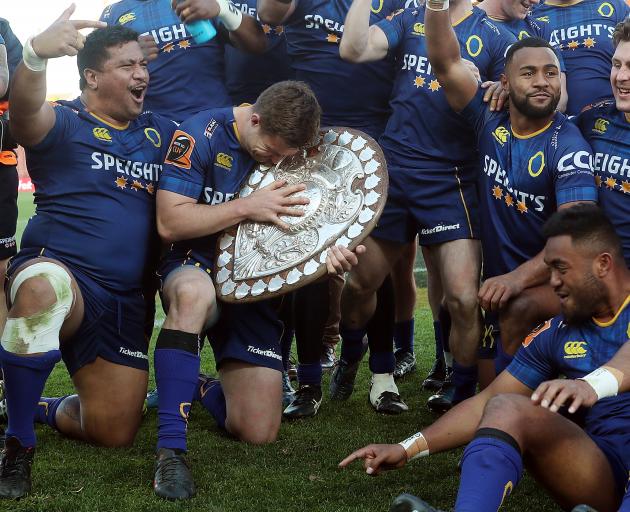 Otago started like a house on fire, then went into its shell, but relied on some grit and a bit of southern pride to get over the line.

Right at the end, Waikato camped near the Otago tryline, but could not get over.

Waikato reserve prop Jono Armstrong then put a reckless boot on an Otago player. The Waikato penalty was reversed and Otago held on to the ball to win the game and the prized trophy.

It will have the shield until next season – a lot longer than when it won the trophy in 2013 and held it for just nine days.

The win today was based on some enterprise in the first half and some honest vigour in the second 40 minutes. 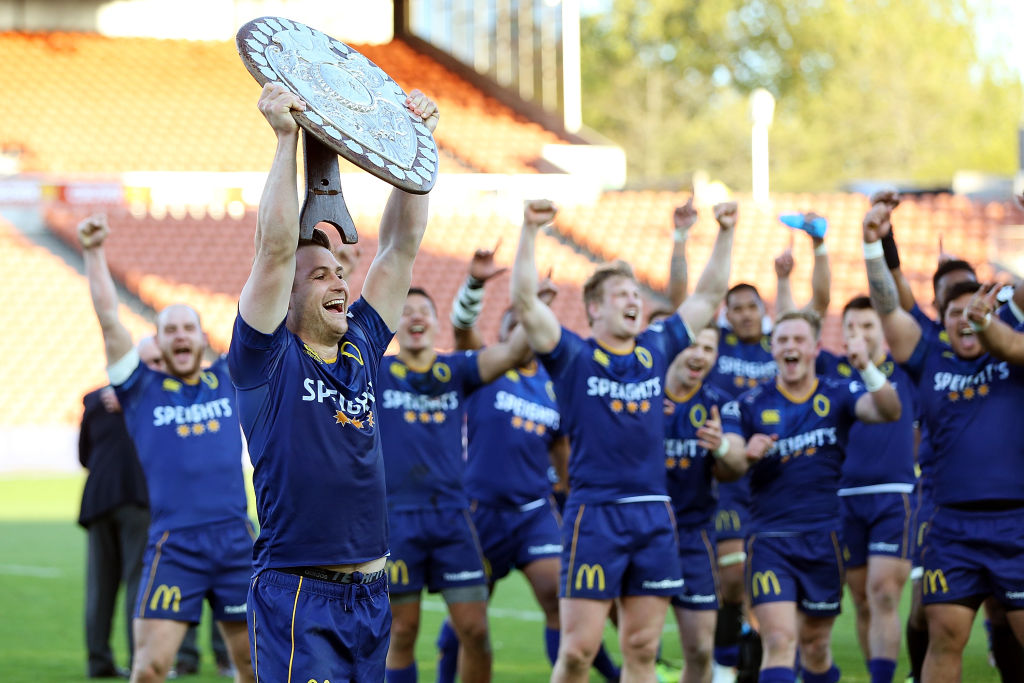 Otago's Michael Collins celebrates with the Ranfurly Shield during the round nine Mitre 10 Cup match between Waikato and Otago at FMG Stadium on October 13, 2018 in Hamilton. Photo: Getty Images

Otago had its chances in the early stages of the second half.

It had a couple of lineout throws within sight of the line but mucked them up both times.

Neither side showed much accuracy as the game headed into the home straight, failing to hold on to the ball when the opportunities appeared to be arriving.

Ioane put over a penalty to give his side a narrow four point lead with less than 20 minutes left. In the end that was the last score of the game,

Referee Brendon Pickerell had a long look at a tackle from Sio Tomkinson on winger Tyler Campbell but ruled it was not reckless, much to the disgust of the crowd.

With 10 minutes left the games was there for the taking. And Otago, based on defence and a bit of nous, took the big prize.

Otago made a dream start and had three tries in the bank before the 20 minute mark. 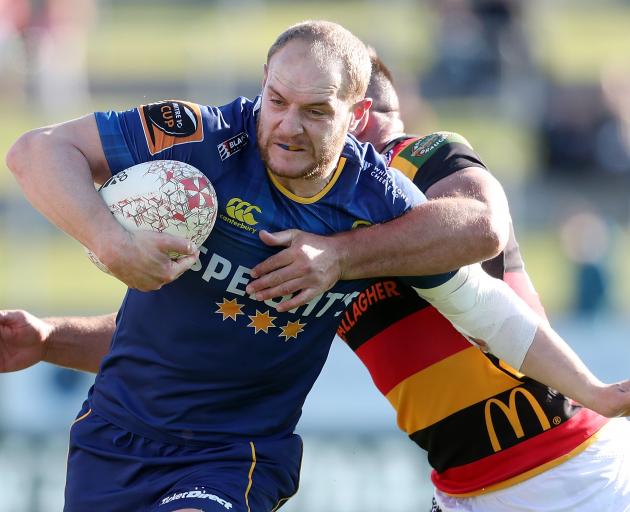 Matt Faddes busts through the line against Waikato in Hamilton. Photo: Getty Images

There was poor ball security from both teams in the opening stages – six knock-ons inside the first 10 minutes,

But Otago swung on to attack after a nice chip and regather from Jona Nareki. The ball was then swung left and flanker Slade McDowall bumped off the last defender and put Mitchell Scott over in the corner.

That came after 11 minutes and two minutes later Otago was in again. The side rolled up to near the tryline and Ioane sprinted into a gap. Held up, he off loaded to lock Josh Dickson to score under the posts.

Centre Matt Faddes spied a gap and opened up the Waikato defence.

It then came back the other way and flanker Joketani Koroi got up a burst of speed and could not be stopped from 5m out.

Ioane for a second time struck the post with his conversion out wide.

Waikato though finally woke up and prop Josh Iosefa-Scott went in under the posts as the home team got some phases going.

It looked to have scored another with five minutes left in the half but try-scoring hooker Samisoni Taukei’aho’s effort was ruled out after referee Brendon Pickerall ruled prop Tony Smith had pulled down an Otago defender illegally.

But Waikato had the last say in the first half as it spread the ball wide and left winger Campbell crossed in the corner.