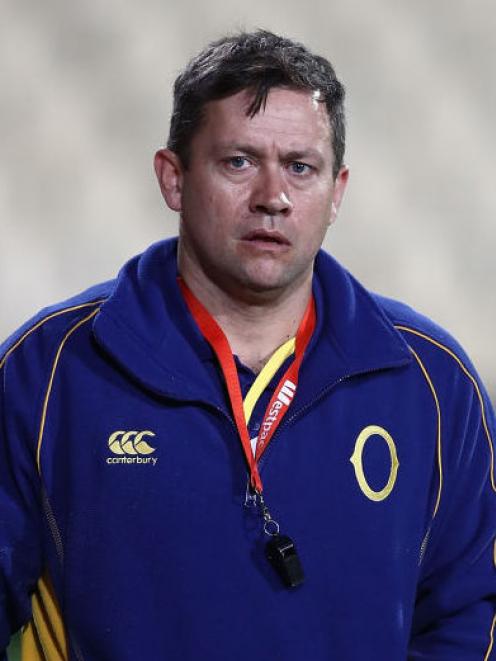 Otago produced a clumsy first half in its season opener against North Harbour last week.

Halfback Jonathan Ruru made an immediate impact when he came on and he has been promoted from the bench to the starting side and Josh Renton drops to the reserves.

Southern first five-eighth Josh Ioane was another to add spark from the bench. He made a positive impression in his first-class debut and has got the start ahead of Highlanders back-up pivot Fletcher Smith, who looked match rusty.

There are two changes in the pack. Adam Knight replaces Sione Teu at the back of the scrum and lock Tom Rowe drops out of the squad.

Josh Dickson will get the start in the No 5 jersey, while Italian international lock Josh Furno has recovered from a niggle and will start from the bench.

Elusive centre Matt Faddes fractured a bone in his hand at training on Tuesday and will be sidelined for up to eight weeks.

In his absence, Brown has shifted Sio Tomkinson from left wing to centre.

New Zealand under-20 player Jona Nareki made his Otago debut from the bench last week and will slot in at left wing, while Leroy van Dam will come on to the bench as midfield cover.

Southern prop Hisa Sasagi is returning from a shoulder injury and has replaced Giorgio Bower on the bench.

It has an unchanged backline from the side that defeated Tasman 39-0 in round one, while there are two changes in the forward pack.

Blindside Reed Prinsep will start ahead of Tom Sanders and openside Matt Todd returns after a rest.

The match will be Canterbury's third Ranfurly Shield defence of the season.