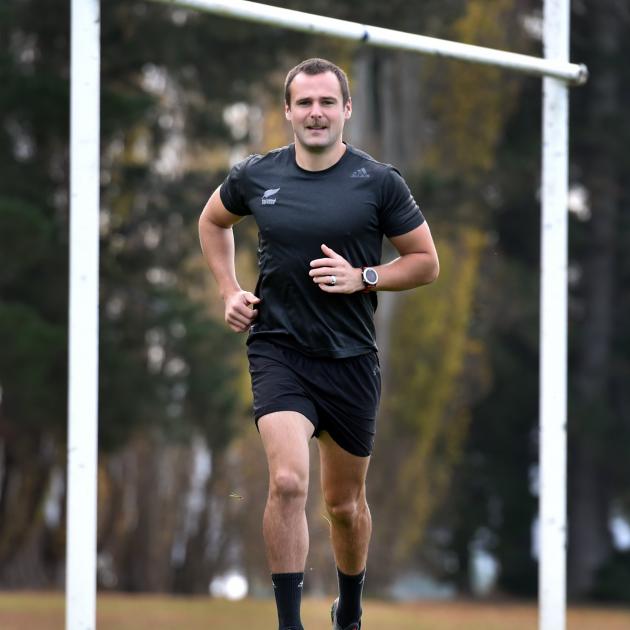 Doleman has been announced as one of 22 match officials to take charge at the sevens tournament at the Olympics in late July.

New Zealand women referees Lauren Jenner and Selica Winiata have also been selected for the games.

Doleman said he was excited to get the opportunity and was looking forward to the event.

He had been involved refereeing some New Zealand teams when both the men’s and women’s national squads had some hit-outs among themselves in Wellington earlier this month.

The last international game of sevens he had refereed
was the final of the Sydney tournament at the start of last year when Fiji took on South Africa.

Since then the world series has been curtailed because of border closures, although some events were scheduled to take place in Europe in the next few months.

The qualifiers for teams which have not already qualified for the Olympics would take place in Europe in June but Doleman would not be involved in those.

"The adjustment needed between sevens and Super Rugby is not that great. It is the same space and the same game," he said.

"In sevens it is just faster.

"There is more space as there are less players and it is more intense in terms of
time you have to make a decision."

"Refereeing at that level is about the ability to deal with the big moments and I've had plenty of practice with that in Super Rugby.

"We have to operate in a high-pressure environment in sevens and that is pretty much what we are doing in Super Rugby at the moment."

Doleman, who will turn 30 on Sunday, made his sevens debut on the world circuit in late 2016 and had refereed more than 100 games at tournaments all round the world.

He is to get vaccinated against Covid-19 before he leaves for the games.

The Tokyo Olympics would not be like others. Athletes and officials would have restrictions placed on where they could go and time they could spend at venues.

Doleman said that was a shame but he was still getting a wonderful opportunity.

His goal was to perform to the highest level.

He had not given any thought around matches he may officiate in Tokyo, saying it was out of his control.

"But every game is going to be pretty much a knock-out game. The intensity of every game will be right up there."

He would be refereeing men’s matches only.

Doleman thanked World Rugby high performance sevens referee manager Paddy O’Brien for all his help over the years and the faith he had put in him.

"It has been a four year process, well five now. The
goal has always been to get to the Olympics and referee there."

The sevens tournament at the Olympics will take place mostly in the first week of the event with the men’s tournament on July 26-28 and the women’s matches from July 29-31.