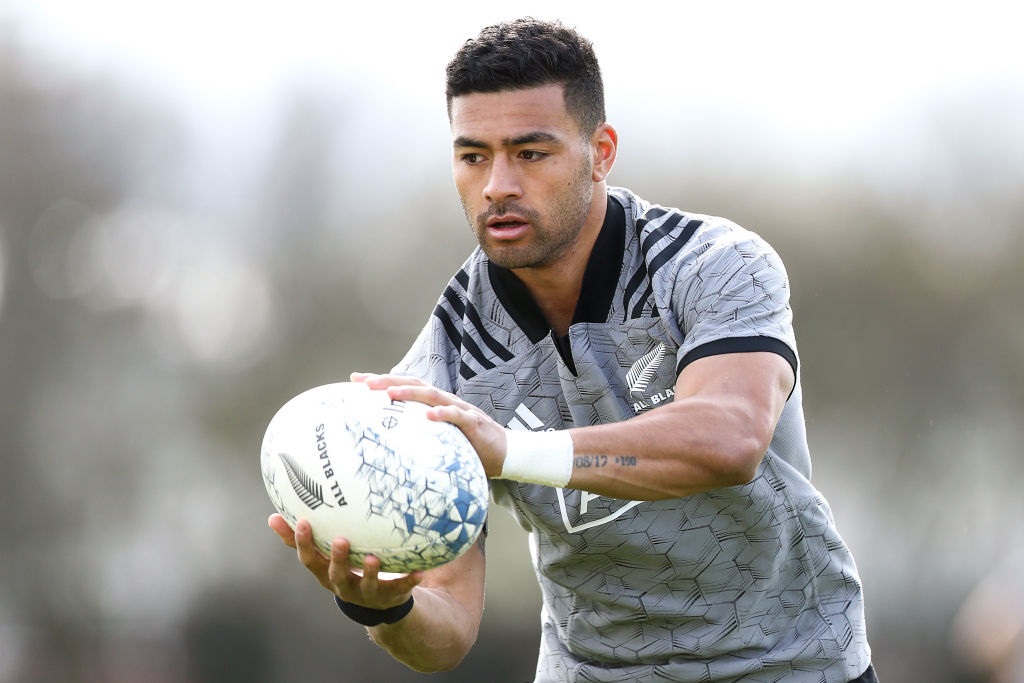 Richie Mo'unga has rejoined the All Blacks squad. File photo: Getty Images
Rugby Championship organisers have ordered players and staff to isolate in their hotels amid a Covid-19 outbreak in Brisbane ahead of the final match of the competition.

New Zealand, South Africa, Argentina and hosts Australia are allowed to continue training outside their hotels at closed sessions but cannot mix with the public, All Blacks assistant coach Scott McLeod confirmed.

"We're not allowed out of the hotel except for essentials or medical visits," defence coach McLeod told reporters in a video call from the team's Gold Coast hotel.

"It's something that's unexpected but we've had it before and dealt with it really quickly."

The northeast state of Queensland, of which Brisbane is the capital, reported four new Covid-19 cases on Tuesday, including its first case in almost two months where the source of the infection is unclear.

The four Rugby Championship teams played in a double-header in Townsville last weekend and wrap up the competition on the Gold Coast on Saturday.

Queensland Chief Health Officer Jeannette Young said officials could order a lockdown if more cases emerge over the next couple of days.

The outbreak has placed a number of local sporting events in doubt, with the Sheffield Shield cricket match between Queensland and Tasmania in Brisbane called off just before the toss on Tuesday.

Brisbane is to host the National Rugby League's championship-deciding 'Grand Final' on Sunday at a sold-out Lang Park but it could be shifted to Townsville in north Queensland if required.

New Zealand sealed the Rugby Championship title with victory over South Africa last Saturday and will hope to beat the Springboks again on the Gold Coast to finish unbeaten.

Australia play their second match against Argentina after beating the Pumas in Townsville.

All Blacks first five Richie Mo'unga has rejoined the squad after spending two weeks in hotel quarantine in Queensland.

McLeod said Mo'unga was "snappy and sharp" at training but offered no guarantee he would be selected for the dead rubber to give Beauden Barrett a rest.

"He’s (Mo'unga) been inside for two weeks, has been working hard, but we need to assess where he’s at and what’s best for the team," he added.