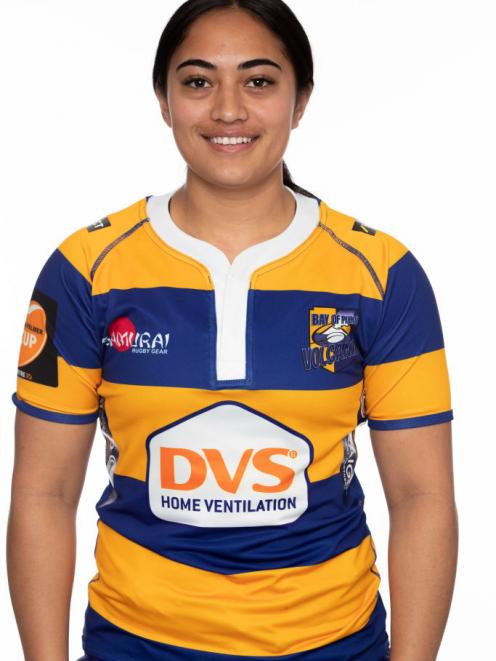 Mahina Paul
The Otago Spirit’s stint in the top tier of the Farah Palmer Cup looks set to come to an end following a 31-3 loss to Bay of Plenty in Mount Maunganui on Saturday afternoon.

Both sides went into the game desperate to post their first win in the campaign and move out of the relegation zone.

The odds were a little stacked against the visitors.

The Spirit players arrived in Tauranga on four different flights and were not able to train together on the day before the game.

Halfback Maia Joseph stepped up in the absence of Hume and impressed with her game nous.

She also scored the team’s only points when she drilled a penalty midway through the first half.

Co-captain Greer Muir had a solid game at the back of the scrum and midfield pairing Teilah Ferguson and Kilisitina Moata’ane made some promising touches.

But Bay of Plenty’s defence proved resilient and the home team dominated the breakdown through loose forward duo Les Elder and Kendra Reynolds.

Hooker Luka Connor was strong over the ball as well.

The Volcanix dominated territory for much of the first half.

But it was a poor pass from Otago first five Cheyenne Cunningham which led to the opening points in the 15th minute.

Paul rushed up, gathered it in and ran in from 25m out.

Bay of Plenty extended its lead when fullback Kalyn Takitimu-Cook brushed off a light tackle and scampered down the left flank to score.

The Spirit had struggled to string phases together but improved in the second spell.

But the turning point arguably came when the Volcanix attacked down the blindside midway through the second spell.

Powerful No 8 Natalie Delamere surged down the left. Prop Santo Taumata carried on the move with a bulldozing run and offload to Paul, who scored.

That knocked some of the character out of the Spirit and the Bay pulled away to win comfortably.

It is possible the Spirit can still avoid relegation. But it will need to upset defending champions Canterbury in its final match on Saturday and for Bay of Plenty to lose to Wellington.

Muir told the Sky commentary team the Spirit was "gutted after that performance".

"We were playing for our season to stay up in the premiership and it was a tough one," she said.

"But we’ve got a awesome young team and we’ll be back next year."