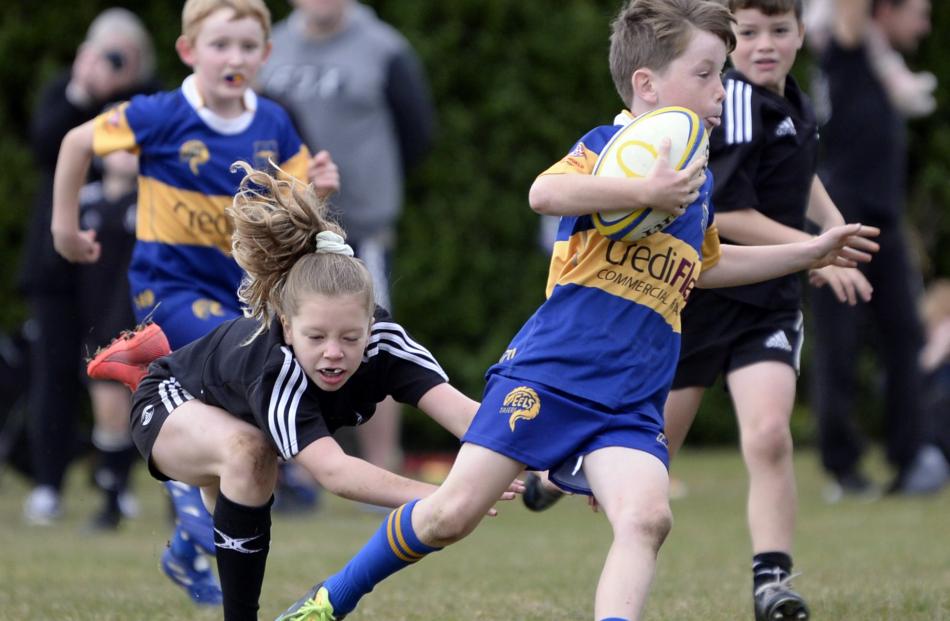 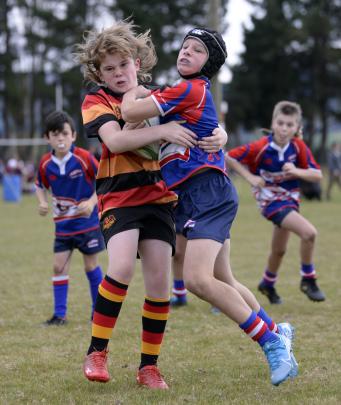 Eli Olsen (11, right), of the Harbour Hawks, tries to barge through the tackle of Joey Annison (11), of Zingari. 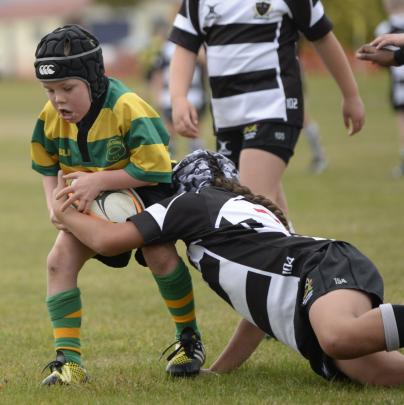 Taylor Cron (7), from Green Island, focuses on keeping the ball and moving forward. 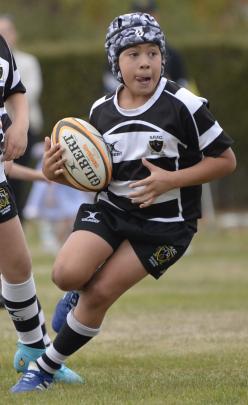 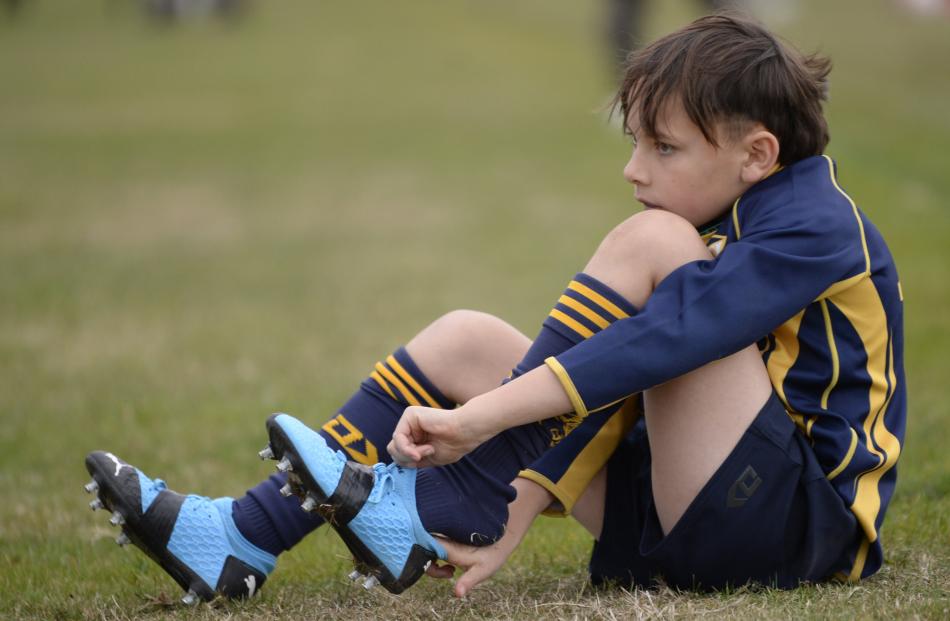 Tai Aumata (10), of the Dunedin Sharks, gets his boots on as he prepares for a match. 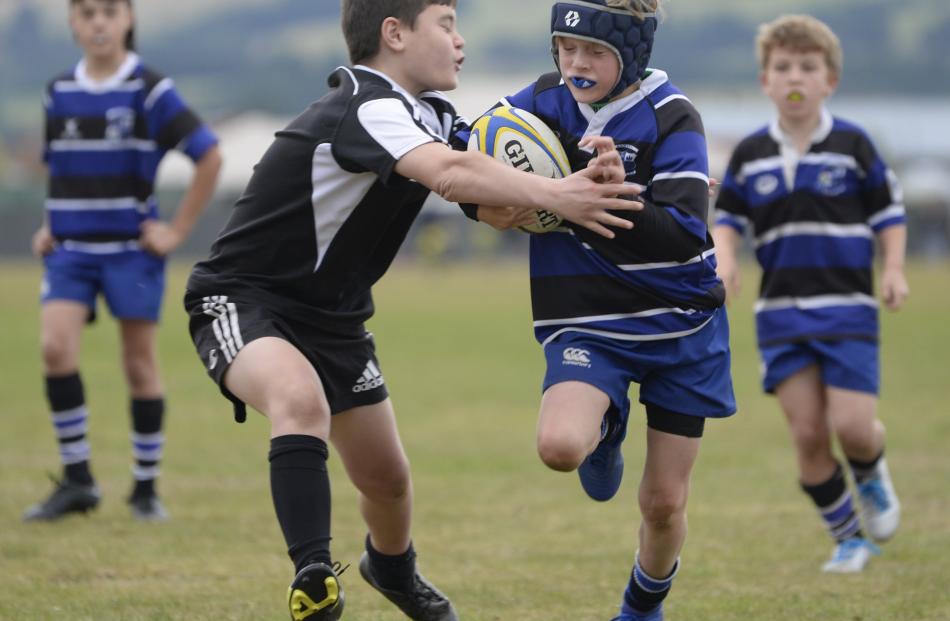 Henry Prately (10, right), from Kaikorai Black, fights off a tackle from Isaiah Sarkies (9), of the Jolly Rogers. 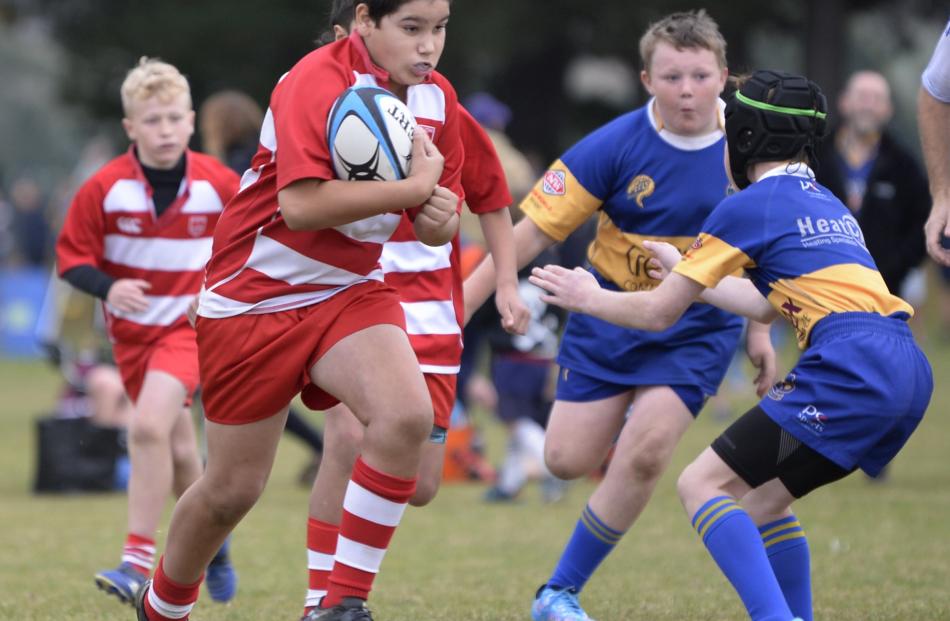 Kaian Holgate (10), from the Balclutha Under-11s charges up the field. 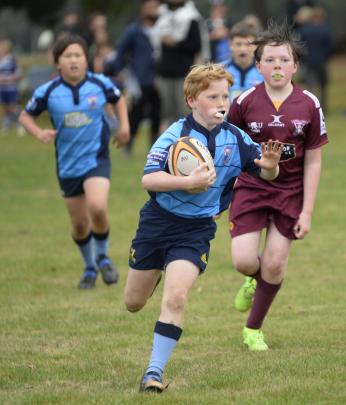 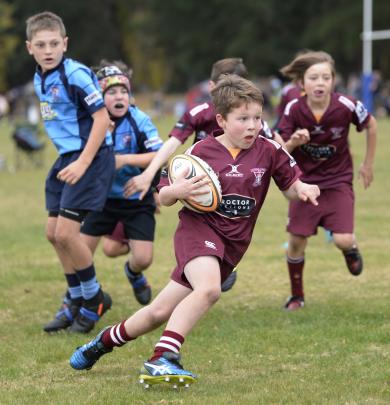 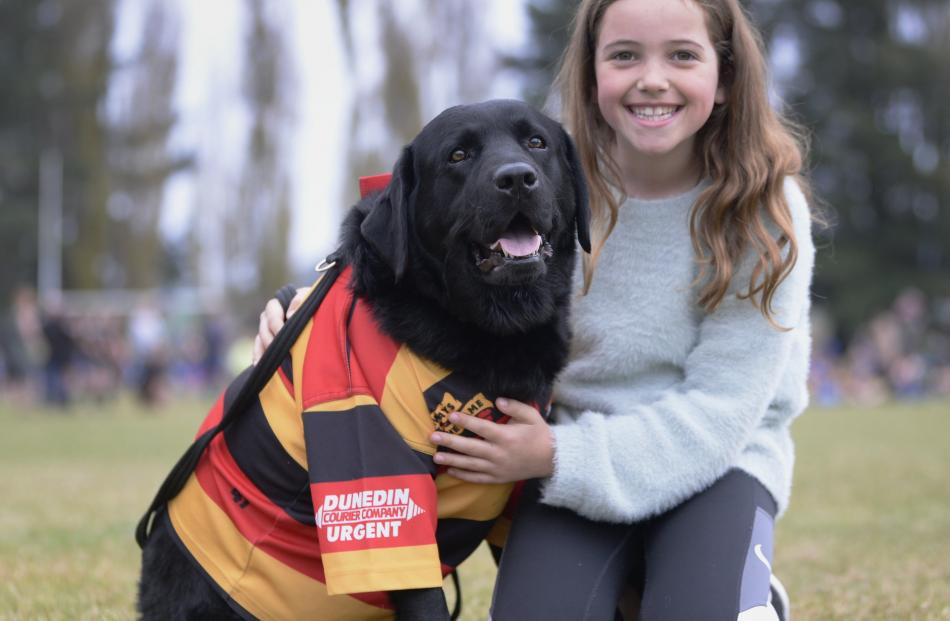 Digby the black Lab and Tilly Sweetman (9) cheer on Zingari. 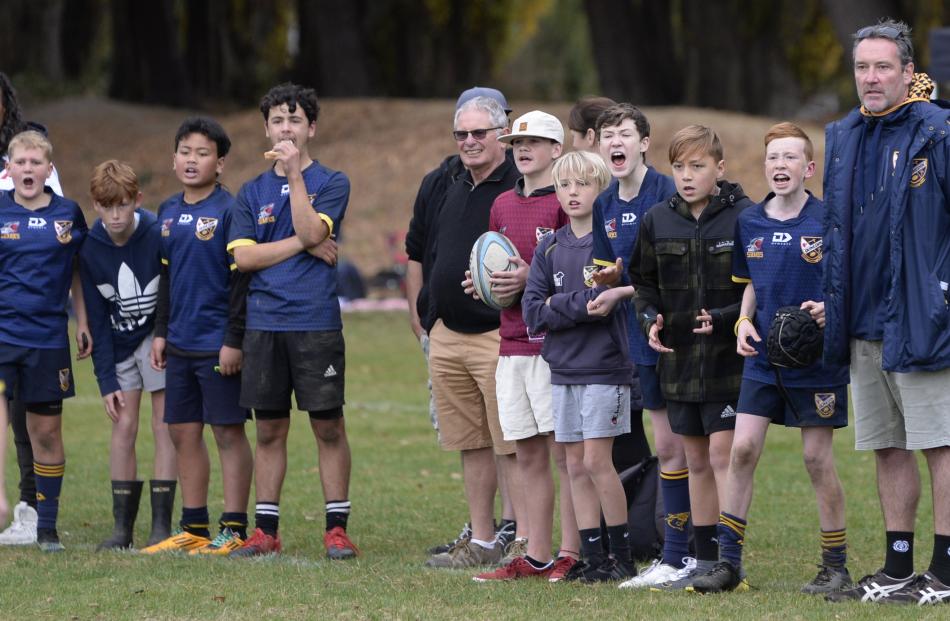 Support for the boys and girls playing was loud from the sidelines. 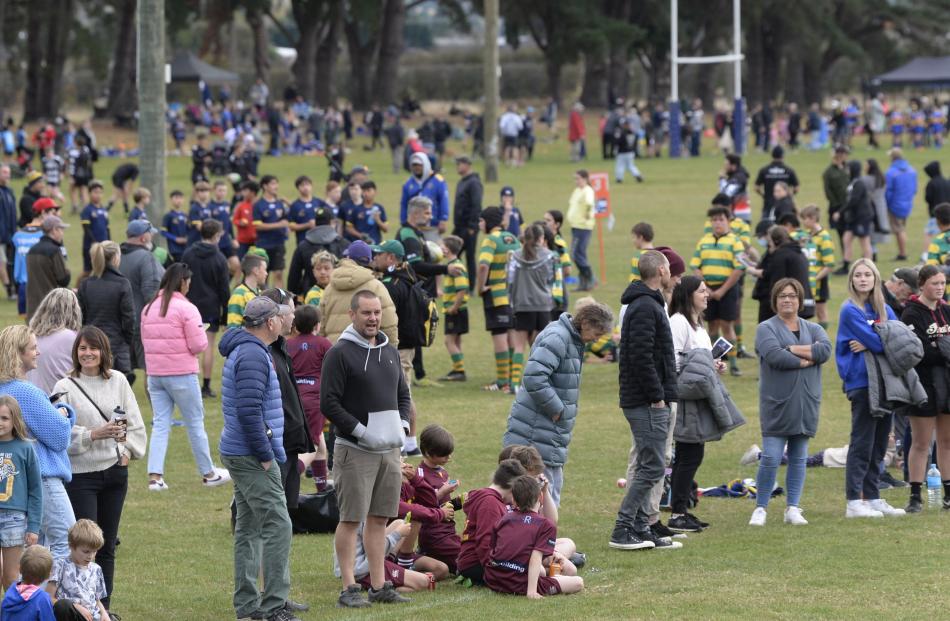 Hundreds of people took in the action at the 61st Taieri Sevens action at Peter Johnstone Park, in Mosgiel, yesterday.

For more than six decades Otago boys and girls have experienced the thrill of victory and the pain of defeat and deepened their love of the game of rugby at the Taieri Sevens.

Hundreds of players, parents and siblings filled the park, which was divided into 16 playing fields for the day.

Despite dark clouds yesterday morning, the warmer, more settled weather of May was proving an improvement from the often cold or wet Queen’s Birthday weekend, when the tournament used to be held, she said.

But the atmosphere among the young players and their parents on the sidelines was outstanding, Mr Guthrie said.

"The positive atmosphere was unreal.

"It was such a great day — everyone had great sportsmanship.

"It went off really well.

"It was a great day of pre-season footie for the kids," he said.

"It’s just good to get them back on the paddock really, with all the disruptions of Covid."

The full junior club rugby season kicks off next weekend.

Committee member Nic Robertson said because all the teams were starting out for the season there was more balance between them.

"To be honest, with Covid being around we haven’t been able to do something like this for such a long time — to have kids playing sport again, having a rugby season in general, has been huge for us.

"To start it off with a sevens event like this is pretty epic."