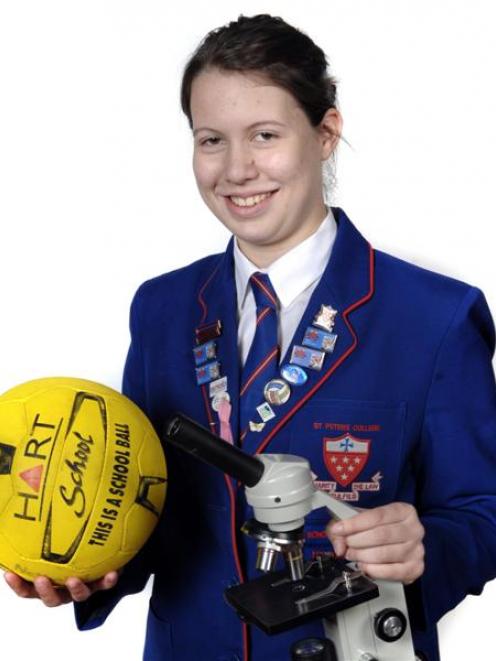 Megan Hunter
Sport, performance and science have created a wonderful concoction of enjoyment and success for Megan Hunter.

The 17-year-old St Peters College pupil views netball as her main activity but has also taken on a range of school leadership roles, plays the piano, sings and likes science.

She started playing netball while at primary school ‘‘and never really quit''.

Sport is her favourite pastime and playing in the under-17 netball nationals in Wellington was a real highlight.

She also travelled to the Gold Coast with the school team last year and received a fair play award.

Younger players have benefited from her talent through her coaching of school netball and basketball teams.

As one of the school's top scholars, Megan achieved excellence in both NCEA level 1 and 2 and received Academic Blues in 2007 and 2008.

She participated in Hands on Science at the University of Otago last year and attended the Rotary National Science and Technology Forum in January. ‘‘It was really cool,'' she said.

As a school leader, Megan is the student services leader, peer support leader and is a member of the social justice committee.

Music is another passion and Megan completed grade 5 piano theory with merit through Trinity College in 2007.

Role model: Her mother, who was also her statistics and calculus teacher.

Hopes for the future: To study health sciences or biochemistry at the University of Otago.