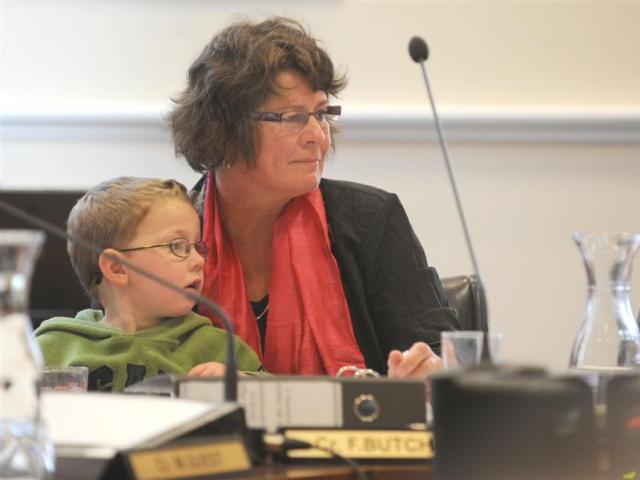 Childcare and consultation came together yesterday when Fliss Butcher combined her roles as care-giver and Dunedin city councillor.

Dunedin City Council staff say part of an existing cemetery - as well as other sites around Dunedin - could be used to meet the growing demand for natural burials.

Ratepayers are facing a 7% rise in rates for the coming financial year, after last-minute attempts by the Dunedin City Council to shave spending fell flat.
An attempt by some Dunedin city councillors to signal their frustration at government funding cuts was narrowly defeated yesterday.
The Dunedin City Council has approved a 25% rise in building consent fees to cover a $1.47 million budget shortfall.

The long-planned rebuilding of the Portobello jetty is uncertain, with its $1.3 million budget found to be "significantly short", and money for the project removed from the council's budget.
The Regent Theatre has been given $350,000 for design work for an upgrade in the next financial year, and $4.4 million in the 2010-11 financial year for construction work, but the latter will not be certain until consultation for next year's annual plan.
The Dunedin City Council has added more urgent language to its commitment to cycleways and walkways, but heard yesterday government funding for such initiatives has decreased.

Basketball Otago was the big loser yesterday among groups vying for grants from the Dunedin City Council's annual plan, with an application for $50,000 to support the Otago Nuggets failing to win support.

The Regent Theatre looks set to get the $4.7 million it requires for an upgrade, in a move that could solve the Dunedin City Council's need for a 600- to 800-seat theatre.