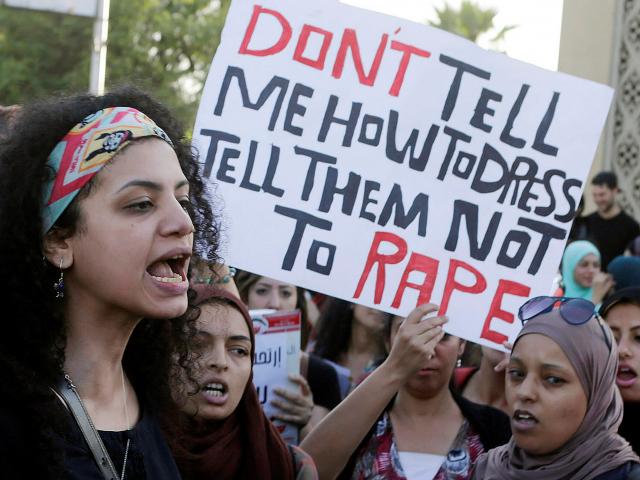 Egypt's parliament gave its final approval to a law protecting the identity of victims of sexual harassment and assault, aimed at encouraging women who fear social stigma to report such crimes.

Egypt opened to visitors on Saturday the "Bent" Pyramid built for pharaoh Sneferu, a 101-metre structure just south of Cairo that marks a key step in the evolution of pyramid construction.

- For full video interview, see belowProtests in Algeria and Sudan are symptoms of three forces that will bring ongoing change in the Arab world, Professor Robert Patman predicts.

An explosion targeting a tourist bus injured at least 12 people on Sunday, mostly South African tourists, near a new museum being built close to the Giza pyramids in Egypt.

Three Vietnamese tourists and an Egyptian guide were killed and 11 others injured when a bomb blast hit their bus less than four km from Egypt's world famous Giza pyramids.

Egypt has hanged four men convicted by a military court of killing three military students in a bombing in 2015, security sources said.

A gunman killed at least 11 people in attacks on a Coptic Orthodox church and a Christian-owned shop near Cairo before he was wounded and arrested, the Egyptian interior ministry and church officials said.

Saudi Arabia and three allies accusing Qatar of supporting terrorism have agreed to a request by Kuwait to extend by 48 hours Sunday's deadline for Doha to comply, according to a joint statement on Saudi state news agency SPA.

Four Arab states that imposed a boycott on Qatar have issued an ultimatum to Doha to close Al Jazeera television, curb ties with Iran, shut a Turkish base and pay reparations demands so far reaching it would appear hard to comply.

Turkish President Tayyip Erdogan denounced the isolation of Qatar by neighbouring states as a violation of Islamic values and akin to a "death penalty" imposed in a crisis that has reverberated across the Middle East and beyond.

Four Arab countries which cut ties with Qatar this week over its alleged support of terrorism designated dozens of people with alleged links to Qatar as terrorists, intensifying a row that threatens the region's stability.

Egyptian archaeologists have unearthed the tomb of a nobleman from more than 3000 years ago, the latest in a series of major discoveries of ancient relics that Egypt hopes will revive a tourist business that has been hit by political instability.

Families of victims of Sunday's bombing at Alexandria's Coptic cathedral gathered at the Monastery of Saint Mina under heavy security today as Egypt's cabinet approved a three-month state of emergency ahead of a scheduled trip by Pope Francis.

Suspected militants have killed six Egyptian soldiers near the Suez Canal and fired rocket-propelled grenades at a state satellite station in Cairo, suggesting an Islamist insurgency is gathering pace three months after an army takeover.

At least 44 people have been killed during protests across Egypt, a security source and the state news agency says.

The leader of the Muslim Brotherhood has been arrested by Egyptian security forces in a crackdown against the Islamist movement after the army ousted the country's first democratically elected president.

Egypt has announced a criminal investigation against deposed Islamist President Mohamed Mursi, with prosecutors saying they were examining complaints of spying, inciting violence and ruining the economy.

Egypt's armed forces have overthrown Islamist President Mohamed Mursi, sparking wild rejoicing in the streets at the prospect of new elections as a range of political leaders backed a new political transition.

Egypt's armed forces have handed Islamist President Mohamed Mursi a virtual ultimatum to share power, giving feuding politicians 48 hours to compromise or have the army impose its own road map for the country.