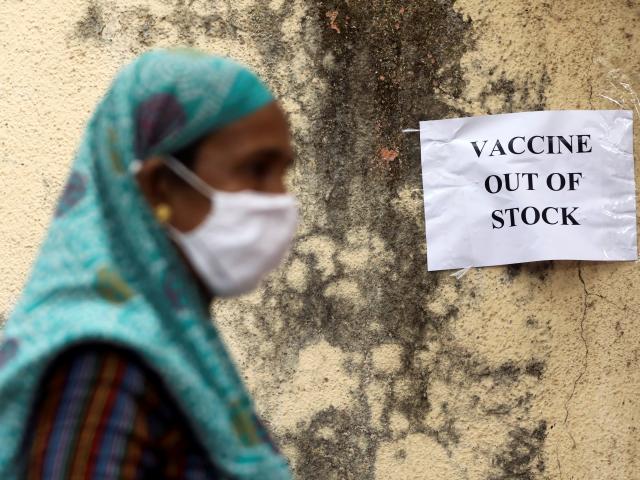 India lost contact with a spacecraft it was attempting to land on the moon on Saturday, the chairman of the Indian Space Research Organisation (ISRO) said, in a setback to the nation's ambitious...

India lost contact with a spacecraft it was attempting to land on the moon on Saturday, the chairman of the Indian Space Research Organisation (ISRO) said, in a setback to the nation's ambitious...

Indian security forces injured at least six people on Saturday in Srinagar, the main city in the Indian-controlled part of Kashmir, as several protests broke out against New Delhi's revocation of...

Police on Sunday retrieved the bodies of seven climbers killed in an avalanche near India's second-highest mountain late last month and are still looking for an eighth, officials said on Sunday.

President Donald Trump said on Friday that the United States would end its preferential trade treatment for India on June 5.

Three Indian climbers and one Nepali guide died on Mount Everest in the past couple of days, taking to seven the total number killed or missing on the world's highest mountain in this year's climbing season.

Rescue workers were working to see if anyone was trapped in the debris after a bridge collapsed in the eastern Indian city of Kolkata, government officials said.

Eighteen men appeared in court in the Indian city of Chennai on Tuesday on charges of repeatedly raping a 12-year girl over a seven-month period.

At least 40 people were killed when a packed bus spun off a slippery road and fell into a deep ravine in northern India, officials say.

Thousands of people took to the streets in central India this week demanding the death penalty for assailants who raped a seven-year-old girl lured away from school as she waited to be picked up by her parents.

ABC has apologised to Indian fans of its crime drama 'Quantico' after an episode featuring Indian nationalists trying to frame Pakistan in a terrorist plot sparked online outrage against lead actor Priyanka Chopra.

India began a fresh round of tests to trace the origin of a rare brain-damaging virus that has killed 13 people as initial tests on animals suspected of carrying the Nipah virus showed no sign of the disease.

India and Pakistan have exchanged artillery fire in the disputed Kashmir region forcing hundreds of people to flee, police in Indian Kashmir said, raising fresh doubts about a 15-year-old ceasefire...

Both Dunedin and Mumbai, India, have expressed a desire to develop their waterfronts in an attempt revitalise those parts of their cities. We look at five cities around the world who revived their waterfronts visually and economically.

An all-female police motorbike squad is set to take to Delhi's streets next month, a senior police official said, as reports of violence against women rise in the Indian capital.

A Wellington-based film worker has been fatally gored by a bull in India.