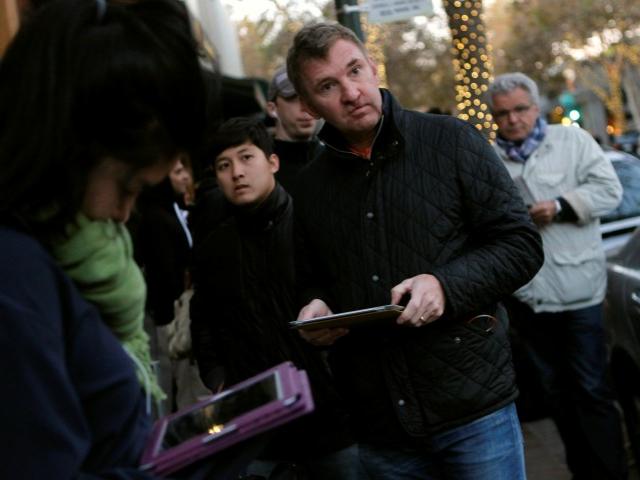 Apple Inc sold 3 million of its new iPads in the first three days the tablet computers were available, driving optimism for a strong holiday quarter despite intensifying competition.

He has been computer-literate since the mid-1980s, owns a cellphone, a personal computer, a laptop and an iPad.

Passengers will soon be able to watch, read, touch, swipe and pinch on iPads to their heart's content while flying between Queenstown and Australia, Jetstar confirms.

At first, it looks like a sleek Apple store. Sales assistants in blue T-shirts with the company's logo chat to customers. Signs advertising the iPad 2 hang from the white walls. Outside, the famous logo sits next to the words "Apple Store".

The iPad 2 is the best tablet on the market. It's sleek, slim, comfortable, easy to use, has a ton of tablet-customised apps, the battery runs for days and getting music and videos on to the device is effortless.

If there is one man who is in no doubt about the potential threat of new and innovative cybercrimes, it is Craig Scroggie, Symantec's vice-president and managing director for the Pacific region. ...

Apple and its new iPad 2 have set a new standard for hardware devices, with Apple chief executive Steve Jobs launching the new device yesterday ahead of schedule.
In a move set to slow progress by digital publishers, Apple has further restricted how content can be sold through apps that run on its popular iPad and iPhone devices, the New York Times reported.
Stop the presses - completely. The world's first iPad newspaper, The Daily, is prepping for launch.

Gen-i client manager Matt Baker was a sceptic when the iPad was first released, describing himself as "almost agnostic".

The release of a New Zealand iPad application (ap) is the start of what technology supplier Renaissance Group chief executive Richard Webb hopes will be big things to come for the company.

The unexpected popularity of netbook computers helped carry the PC industry through the recession, but industry analysts believe the scaled-down laptops will soon be overtaken by a wave of iPads and similar tablet devices.

Apple has officially announced the pricing for its iPad tablet computer which goes on sale in New Zealand today.

Are you an unemployed antenna engineer who specializes in wireless mobile devices? Apple might have a job for you.

Cisco Systems aims to take the tablet computer into the business world with its own device, to launch early next year.
An Italian priest has developed an application that will let priests celebrate Mass with an iPad on the altar instead of the regular Roman missal.
A security breach that exposed the email addresses of thousands of users of Apple Inc.'s iPad has sparked a probe by the Federal Bureau of Investigation.

Companies are paying newspapers and magazines up to five times as much to place ads in their iPad applications as what similar advertising costs on regular websites.