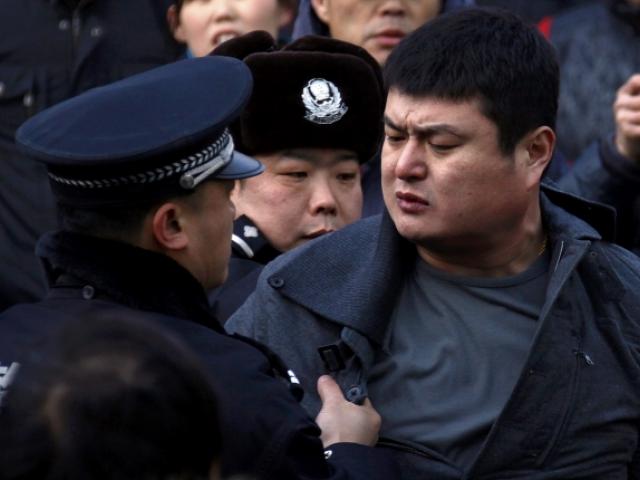 Enraged Chinese shoppers pelted Apple Inc's flagship Beijing store with eggs and shoving matches broke out with police on Friday when customers were told the store would not begin sales of the iPhone 4S as scheduled.
Apple Inc looks set next week to unveil its much-awaited new iPhone, which analysts say will have a bigger screen and work better with remote computing services.

It's only a few months until the newest generation of iPhone hits stores and details about its features are slowly leaking out.

A smartphone outsmarted the man who allegedly stole it from a handbag on Saturday night.

That iPhones and other Apple handheld gadgets keep track of their users' moves may have been news to most users when it was publicly disclosed late last week.
In a move set to slow progress by digital publishers, Apple has further restricted how content can be sold through apps that run on its popular iPad and iPhone devices, the New York Times reported.
Owners of the iPhone will be able to legally unlock their devices so they can run software applications that haven't been approved by Apple, according to new US government rules.
A federal judge says a monopoly abuse lawsuit against Apple Inc. and AT&T Inc.'s mobile phone unit can move forward as a class action.

For the millions of people who can't get enough of harvesting virtual strawberries and milking digital cows on Facebook, FarmVille is now on the iPhone too.

When Brian Maupin made two snarky online videos poking fun at zealots of the iPhone and the Evo phone, he thought it was just a good way to vent some of the frustrations inherent in selling smart phones.

Ever wondered why your iPhone had patchy service even though it showed the signal bars at full strength? Apple has an answer for you - and it's not a defective antenna.

Are you an unemployed antenna engineer who specializes in wireless mobile devices? Apple might have a job for you.

Apple's new iPhone 4 costs almost $US20 ($NZ28.70) more to make than its predecessor, the iPhone 3GS, but the device will still help the company continue to rack up high profits, the research group iSuppli says.

Apple chief executive Steve Jobs has once again pulled a new iPhone out of his proverbial magician's hat, leading hordes of gadget-happy consumers to wait in line for hours to snag one.

First there's the anticipation. Then, the long lines, followed by the triumphant walk out of the Apple store, new gadget in hand. Now, inevitably, the first slew of complaints are in, among them that just holding the iPhone 4 a certain way can interfere with calls.

Apple said it and its phone company partners took orders for more than 600,000 iPhone 4s in one day, the highest number it's ever seen.

After decades of false starts, will Apple be able to bring video chat to the masses?
The Federal Trade Commission will open an investigation to determine whether Apple's mobile software business practices are squashing competitors, the Wall Street Journal has reported.

After a series of leaked prototypes, it's almost a given that Apple will unveil a new version of the iPhone during its annual software developers conference that opens this week in San Francisco.

Apple chief executive Steve Jobs shared a secret with his audience at a technology conference outside Los Angeles yesterday: The idea for the iPad came before the iPhone.