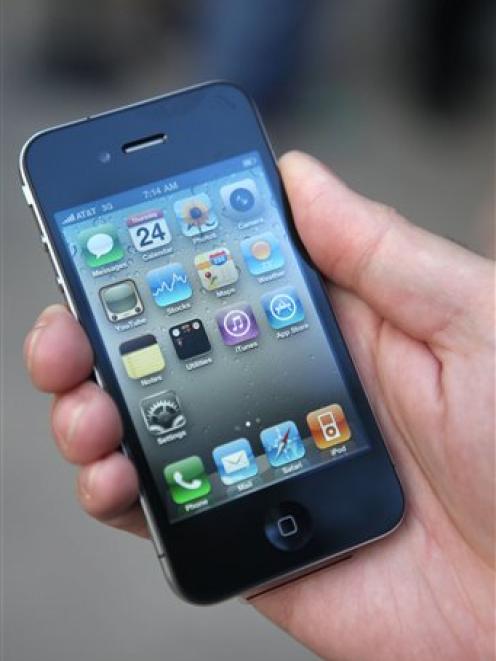 Apple's iPhone 4. Photo by AP.
Apple's new iPhone 4 costs almost $US20 ($NZ28.70) more to make than its predecessor, the iPhone 3GS, but the device will still help the company continue to rack up high profits, the research group iSuppli says.

The estimates don't include manufacturing, software, marketing and other costs.

The priciest part of the iPhone 4 is the new, higher-resolution LCD screen, which iSuppli estimates carries a cost of $US28.50. Flash memory, which has been in short supply, costs $US27.

Apple's processor, which was manufactured by Samsung, according to iSuppli, costs $US10.75, and the capacitive touch screen costs $US10.

Apple's iPhones cost consumers $US199 or $US299 with a two-year wireless contract in the US, but such low prices as those are heavily subsidised by the wireless carriers.

Despite the major design overhaul Apple gave the iPhone, the gadget maker would be able to "maintain the prodigious margins that have allowed it to build up a colossal cash reserve," iSuppli analyst Kevin Keller said.