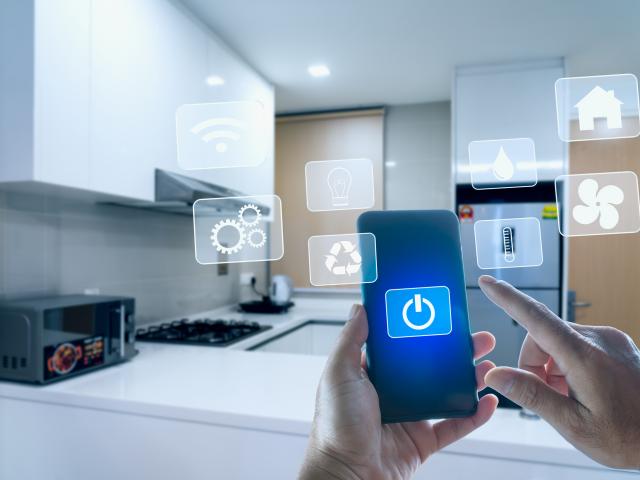 Everything in your smart home, from the lightbulbs to the thermostat, could be recording you or collecting data about you. What can you do to curb this intrusion?? Davey Winder looks into how to...

Modern technology and young minds might be key to such future innovations as self-navigating lawnmowers, virtual home furnishing and user-adaptable positioning technology.

Even as audio versions of best-sellers fill store shelves and new technology fuels the popularity of digitized books, the number of titles accessible to people who are blind or dyslexic is minuscule.
This year could be the one in which chief information officers go from zero to hero, according to Andrew Fox, head of mobility at SAP ANZ.

Finding a place to call home can be a tricky business for tertiary students, but two Otago Polytechnic computer whizzes hope to ease the burden as the great migration and annual student flat hunt begins.

The Government has been accused of an "embarrassing back-down" after ditching a controversial regulatory holiday for ultra-fast broadband (UFB) providers.
Technology manufacturer Rakon is to significantly increase its production from July when a new Chinese plant is expected to open.

It's always a bold move going into youth markets, but TVNZ thinks the time is right to roll out its new, interactive formula. The state broadcaster's new digital, youth-orientated channel U launches...

Social networks, Twitter and mobility are all technological trends that would need to be considered carefully by businesses as staff became more accustomed to using them, Gen-i head of mobility Joe...

Dunedin IT developer Hayden Bell has developed a software program specifically for "smart" mobile phones that could change the way users make real-time live bookings on internet sites.
The group behind yesterday's rallies to keep the Hobbit films in New Zealand is crying foul after its webpage was "arbitrarily removed" by social networking site Facebook.
Government agencies are going to have to tighten up the way they buy and use information communications technology (ICT), Internal Affairs Minister Nathan Guy says.
A list of 12 projects to develop a "Digital Dunedin" is part of the city's digital strategy, confirmed at the final full council meeting before the election yesterday.
People are being warned to be vigilant as government departments learn of phone and email scammers.

Samsung has unveiled a new tablet PC named Galaxy Tab as the latest device meant to rival Apple's popular iPad.
MySpace, which recently revamped itself to look more like Facebook, is now allowing users to sync their posts to Facebook, too.

A Jade Software Corporation product launched at the Port of Otago in 1994 is now being used around the world. Business editor Dene Mackenzie talks to Jade executives about the continuing growth of the company.
Owners of the iPhone will be able to legally unlock their devices so they can run software applications that haven't been approved by Apple, according to new US government rules.