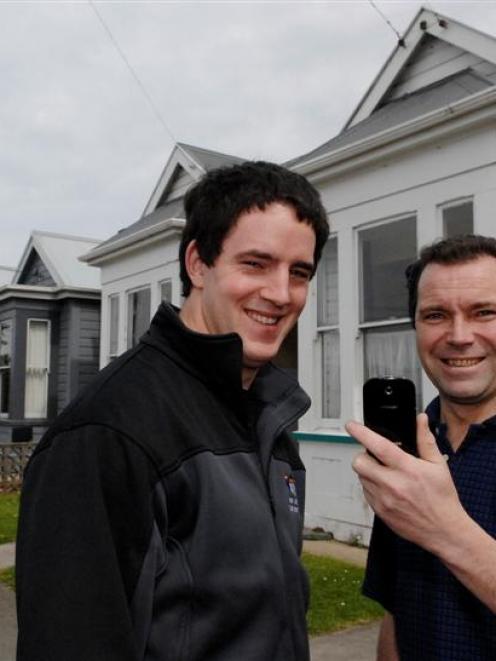 Mr MacLachlan said the application would give students access to information about rental properties in the student area, which would allow them to make informed decisions about what sort of home they wanted to rent.

Mr Bradley said flat hunters who looked at rental properties and found conditions did not reflect information landlords had submitted, could leave comments about the standard of the premises.

Mr MacLachlan said the application was designed to make flat hunting quicker and easier for students.

"Just because a flat looks good on the outside, it's not necessarily the same on the inside.

"This application allows you to go on to the next flat without having to do more investigation."

It was hoped the Android application would be available for download by the end of October, he said.

It allows Dunedin residents to notify council staff of anything unsightly, annoying or just plain dangerous around the city, and has been popular with users.

Mr MacLachlan said the application was now being looked at for implementation by the Knowsley Metropolitan Borough Council in Liverpool, England.

"There is certainly interest in the United Kingdom," he said.