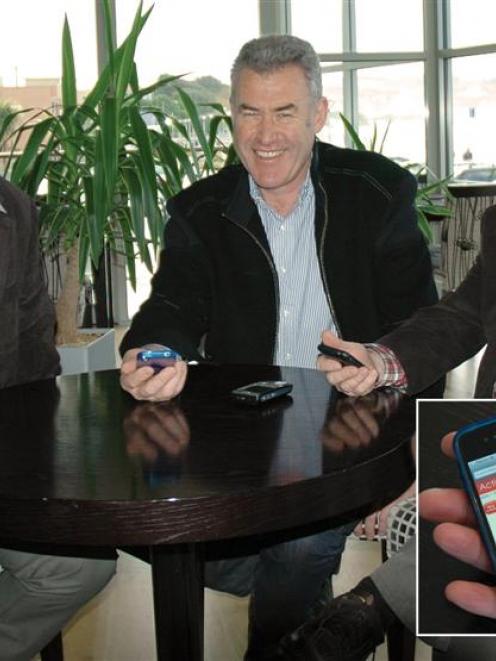 Hayden Bell told the Otago Daily Times the program was not an application (app) tied to one phone type, such as an iPhone.

Instead, it was software that any phone with internet capability could use.

Mr Bell had developed the software so the information was cached and could be downloaded quickly, eliminating the cost of expensive bandwidth.

The software also gave Mr Bell the opportunity for a 24-hour turnaround for any supplier wanting to update their site.

Some of the North Island tourism sites with an iPhone app updated their online presence only once a year.

If suppliers had priced their products or services at the start of the year, they had to wait 12 months before being able to update their site.

With Mr Bell's program, a supplier could update their online information within 24 hours.

Mr Bell decided he did not want to build a program which was restricted to just one type of smart phone.

"I wanted mass market access to the program, rather than restricting it to the elite who have an iPhone."

"The rate at which people are adopting and using smart phones and mobile web devices is growing at a staggering speed.

"The use of these devices in the tourism industry is just going to keep gaining momentum."

Morgan Stanley forecasts showed that mobile internet users would overtake desk top users within the next four years, he said.

Mr Bell said the growth in social networking sites like Facebook and YouTube were driving people to carry mobile internet devices to stay connected, even when on holiday.

The aim was to take his expertise into the rapidly-growing market segment.

Mr Bell worked in London for four years after graduating from the University of Otago.

He recently moved back to Macandrew Bay.

"I have been lucky in contracting back to the company I worked for in England.

"I point my web cam out the window and show them the harbour, which annoys them a bit."

His exposure to the growing mobile market in London led him to look for opportunities in New Zealand.

The A to Z recently launched DiningNZ.com, utilising the new software.

Whyte Waters and A to Z will use their traditional publications to drive visitors with mobile internet devices to the new sites.